Chevrolet Beat Activ Concept Out Of The Box 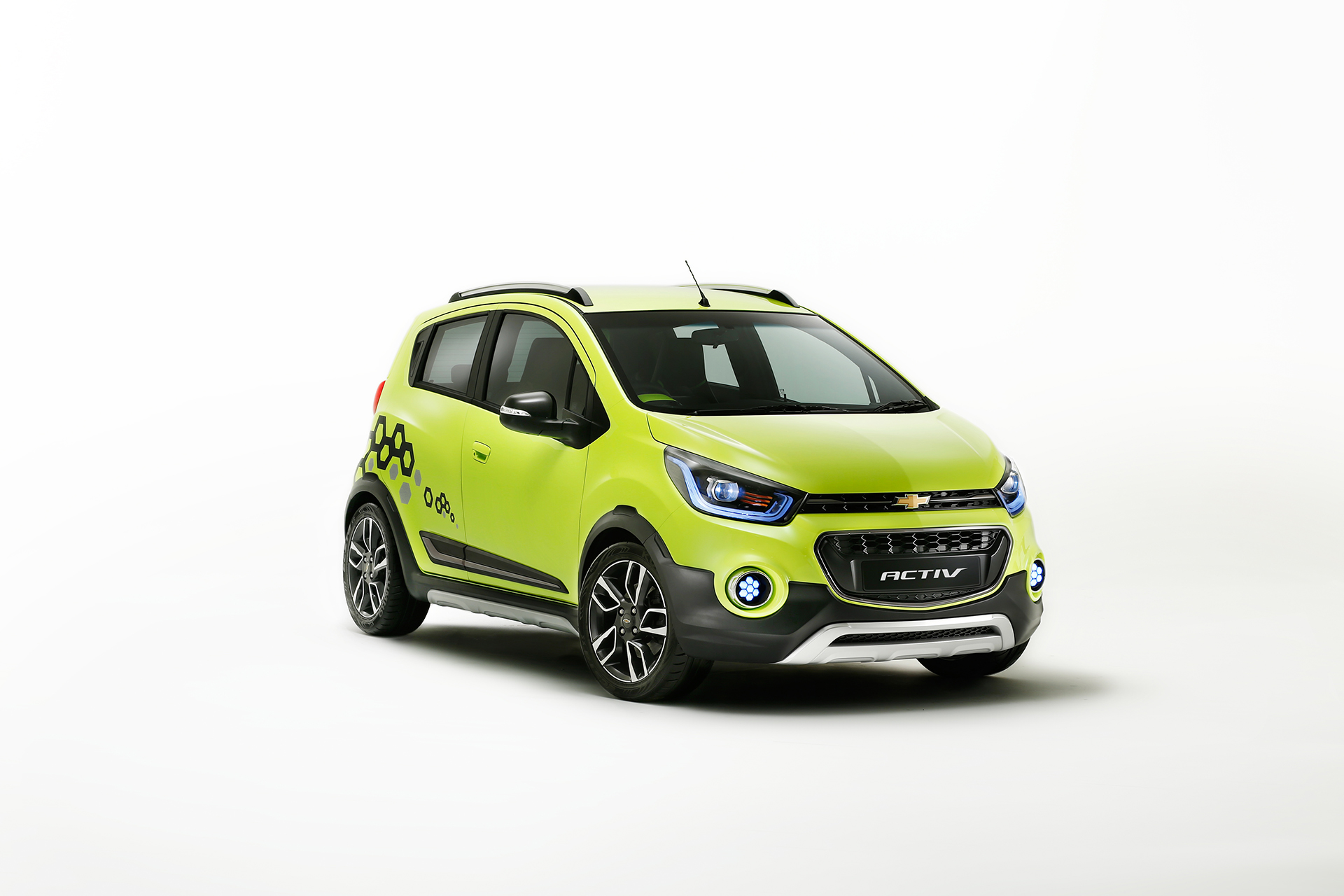 The Beat Activ is out of the box, as a part of Chevrolet’s plan to conquest Indian market. It’s been presented at New Delhi Auto Expo, together with another concept, called Essentia.

As the Essentia, it is based on the Beat’s platform and it’s intended to be the off-road version of the currently built hatchback. To get a better image of the current production model, Beat it is the European and US’ Chevrolet Spark. The Activ concept adds black plastic elements, to enhance the robustness aspect of the body. The lower part of the doors and bumpers is protected from rocks and dried mud in order to emphasize its off-road oriented image. A practical, SUV-like element is the roof rails, excellent for carrying mountain bikes, skiing or snowboarding equipment.

The idea of transforming a budget-pointed car into a small SUV isn’t new. Let’s look at the most relevant examples: Fiat transformed the 2007 Panda in a very capable 4×4 version, and these days Renault presented the KWID Climber, as an off-road version of the production KWID. Like his French rival, there are no clues about a AWD version, and frankly I don’t think there will be one.

The compact, SUV-like hatchback is a segment represented by bold, solid cars, meant to stand-out in a crowd, which target young, active customers. Inside the Beat Activ, we find the daring colors of the body matching perfectly the sporty-looking seats and a freshly-designed dashboard, for a dynamic atmosphere. Add the motorcycle-like dials and the multimedia system (including Apple CarPlay, Android Auto and Chevrolet’s latest MyLink infotainment system) and you have the image of an interesting little car. There is no information regarding the engine range or the due date. Yet, giving the fact that it’s based on the Beat, we expect it to share the 1.0l diesel developing 56hp and 142Nm and the 1.2i gasoline engine producing 77hp and 107Nm of torque.