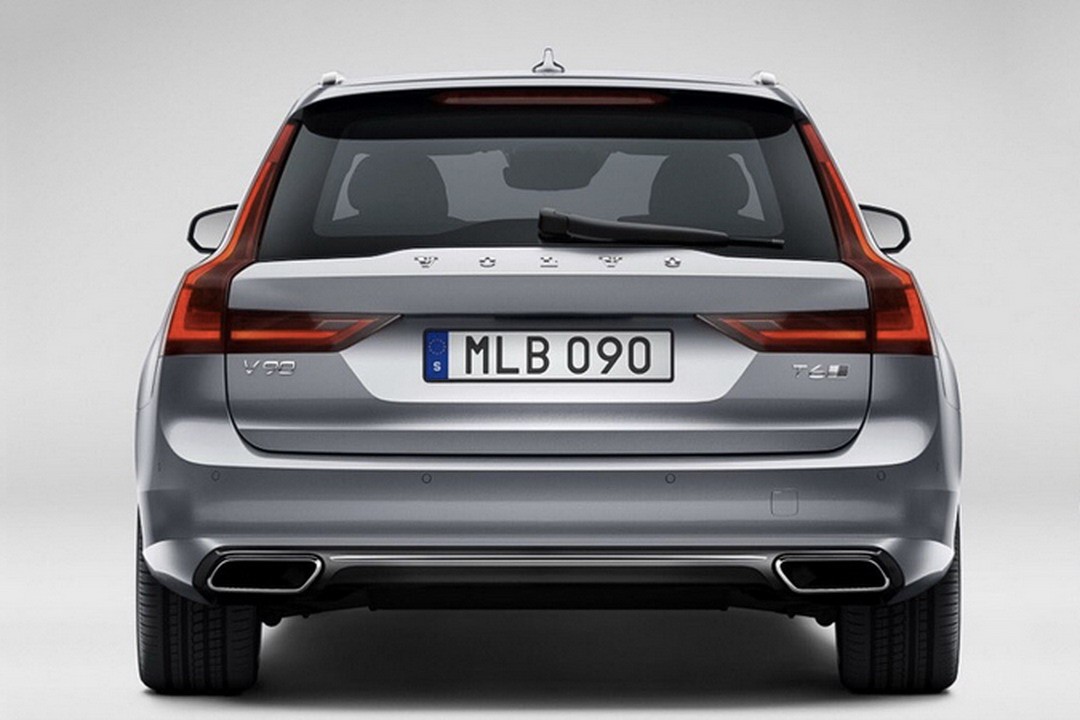 Oops! Although it’s yet to be officially revealed, the new V90 had been exposed on internet. What do you think about its looks?

I think it looks as Volvo-ish as it can: its straight surfaces and edges take us back to the Swedish’ golden era. Nothing excessively rounded, but still not a simple rear-end. The superb-shaped rear lights along with the inclined tailgate line give the new model a unique classy, yet dynamic appearance. Let’s make a little exercise: let’s get rid of the Volvo badges and look at it like at any car. What are the chances to miss the fact that it belongs to Volvo family? Probably none.

Technically, it’s going to be very much like 2017 Volvo S90. This mean it will pack a base 240 hp, from a 4-cylinders, 2 liter turbo engine. However, moving one step up, we’ll find a 4WD equipped with the same turbo engine, but developing 316 hp, thanks to the help of an added supercharger. On the top of the range, a 400 hp plug-in hybrid will take care of the racer in you and the air you breathe, simultaneously.

It’s probable that the rear axle will benefit over the optional presence of the air suspension. The cabin is expected to share its design with the sedan’s, being maybe a little different in the back. However, the leather, the wood and the huge vertically-oriented display from the S90 and the XC90 will be part of the show!