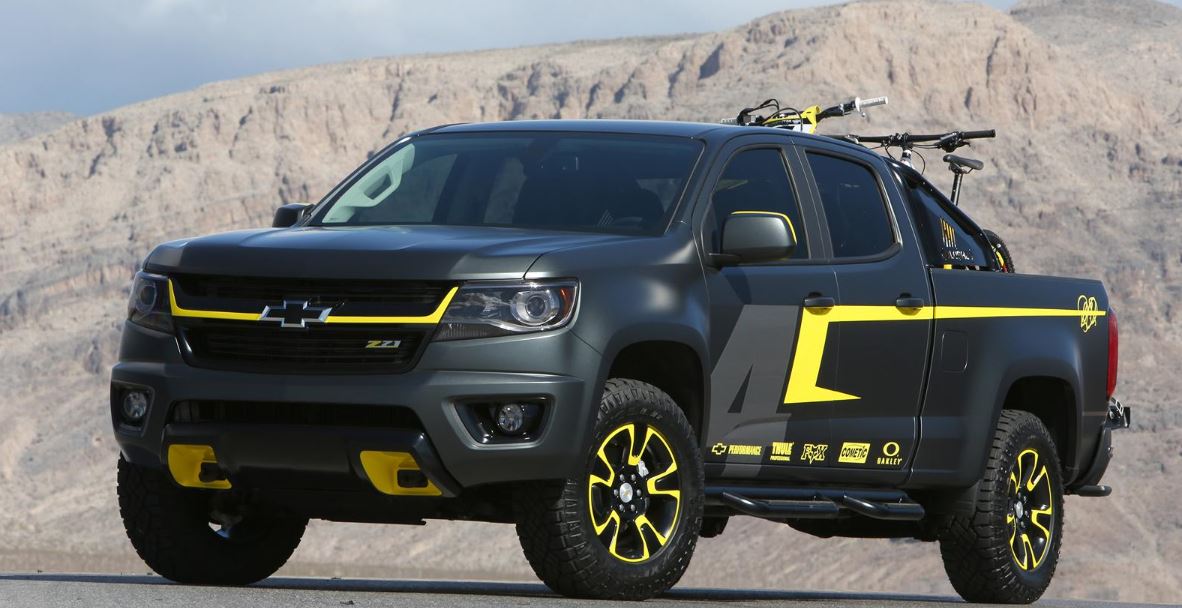 The Chevrolet North American carmaker is preparing its high-end models for the 2014 SEMA Motor Show, announcing the Colorado Performance Concept, shortly after the 2015 Chevrolet COPO Camaro.

The Chevrolet Colorado Performance Concept is indeed a great looking car, coming with standout features in terms of visuals.

Taking a closer look, we can depict the signature of Carmichael on the body, as the model now sports off-road features, like the tailgate extender which promptly secures the bikes, mounting hardware for anchoring kayaks, boards and much more.

Inside things are also interesting, the Colorado Performance Concept tweaking the racing number 4 on the front headrests, or the yellow accents that give the cabin a special look.

Even if the model has been fitted with a high-performance exhaust system, I have to admit I am a little disappointed with the car`s power, as it only comes with 305 horsepower and 364 Nm of torque, for its 3.6-liter V6 unit. But perhaps this stock engine will be upgraded at a certain point after SEMA.