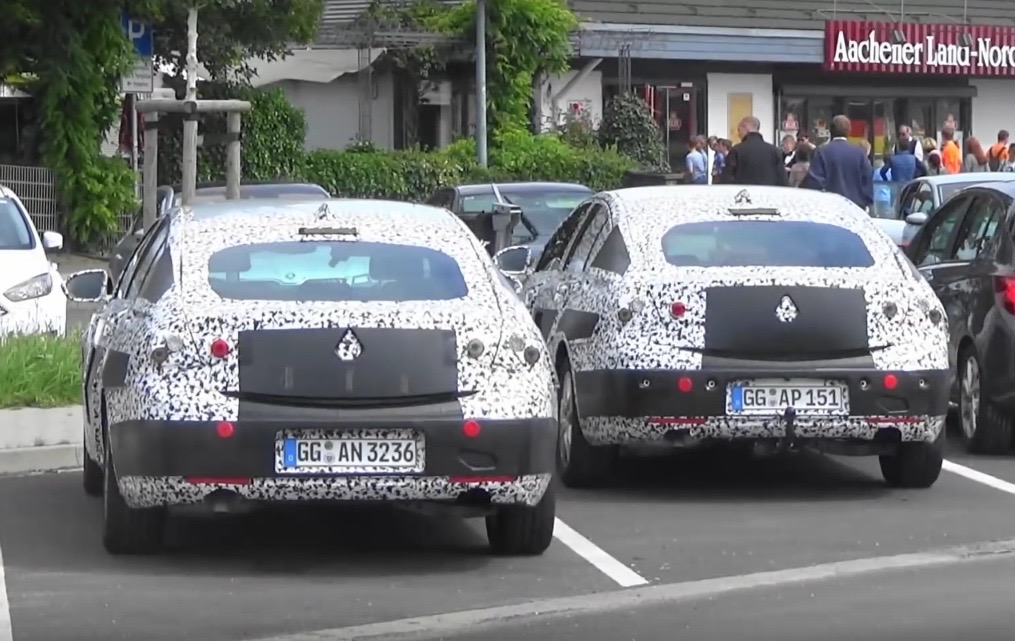 The all-new Opel Insignia was recently spied in two camouflaged prototypes in Germany while sitting quietly in a car park.

However, it was after the snapshots were taken that YouTuber DrGrumoLunatic had realized that he was actually dealing with prototypes of the new Opel Insignia.

The test mules features “GG” German license plates, meaning Groβ-Gerau district, the region where Opel has its factories. More than that, it couldn’t have been the future Renault Megance, as this one is relatively much smaller than the big Insignia.

As we can depict from the spy photo, the upcoming Opel Insignia is expected to come with a new wishbone rear suspension, which would improve the car`s handling and driving dynamics.

Also, the all-new Insignia will stand on the new GM E2XX architecture, the same one found on the fresh Chevrolet Malibu, and the same one to presuming underpin the 2018 Holden Commodore in Australia.

The Opel Insignia has been declared “Car of the Year” in Europe in 2014 and is one of the most appreciated sedans on the Old Continent. The new Insignia will also form the basis for the future Buick Regal in the United States and China, and will spawn the next-gen 2018 Holden Commodore, both as a hatchback and a wagon, in Australia.

YouTuber DrGrumoLunatic has also released a short video with what he thought he`d be the future Renault Megane.