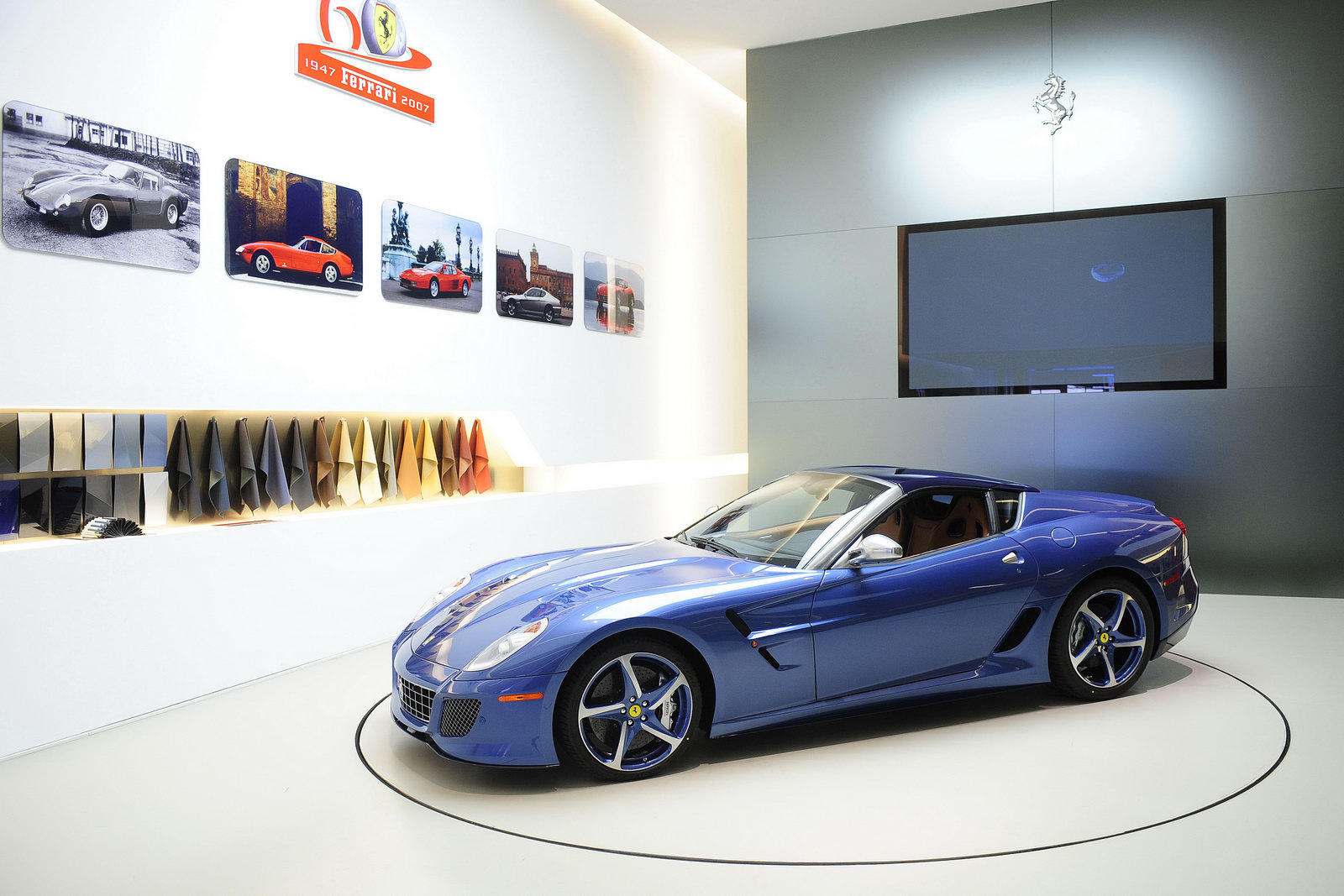 The world of deep pockets has quite the interesting significance nowadays. No longer is Ferrari’s attempt at limiting the number of cars they produce a problem for the person who has this sort of financial means available.

One of these customers decided at one point in life about getting himself a new Ferrari, only he wanted a particular one. One the Italian company wasn’t even making, which I guess is quite the achievement.

We knew the Maranello-based company is going to be changing a few things here and there in order to reach new target sales but this seems a little extreme.

The weird thing is that in the extremity of the situation, the Italians at Ferrari didn’t really come up with a new model that is really radical.

Those of you hoping Ferrari would take inspiration from how Pinifarina turned a Ferrari F430 into a Lancia Stratos will be slightly disappointed. The new coachbouilt Ferrari is actually a simple mixture between the SA Aperta and the previous Superamerica’s roof arrangement.

Like the SA Aperta the Ferrari Superamerica 45 is based on the 599 and the coach-building part isn’t very extensive. What truly sets the Superamerica 45 apart from the “crowd” of prancing horses is the new amazing color.

Finished in a very exclusive Blu Antille shade on both the body and the wheels, the paint outshines the coachbuilt body and the “flip-over” carbon fiber roof and there’s a better reason for it than you may think.

The rare blue paint has a special significance for the owner who contracted this custom Ferrari. The man is called Peter Kalikow, he used to be the owner of the New York Post and he is now a collector and a billionaire.

The man bought a 1961 Ferrari 400 Superamerica in the very same color 45 years ago so the nostalgia levels have quite a lot to do with the color of this new coachbuilt purchase.

Ferrari went all out on the interior of the Ferrari Superamerica 45 just as they did on the exterior, this is why the dashboard features Cuoio leather trim and Blu Scuro carbon fibre details.

Apart from these pictures, there’s very little happening in regard to this very exclusive Ferrari and since we’re talking about a car that’s a collectible item, I wouldn’t expect to see it on the road very often.

That means that one of the few opportunities we have at seeing this coachbuilt Ferrari Superamerica 45 will be during the Villa d’Este Concorso d’Eleganza on the 20th of May.