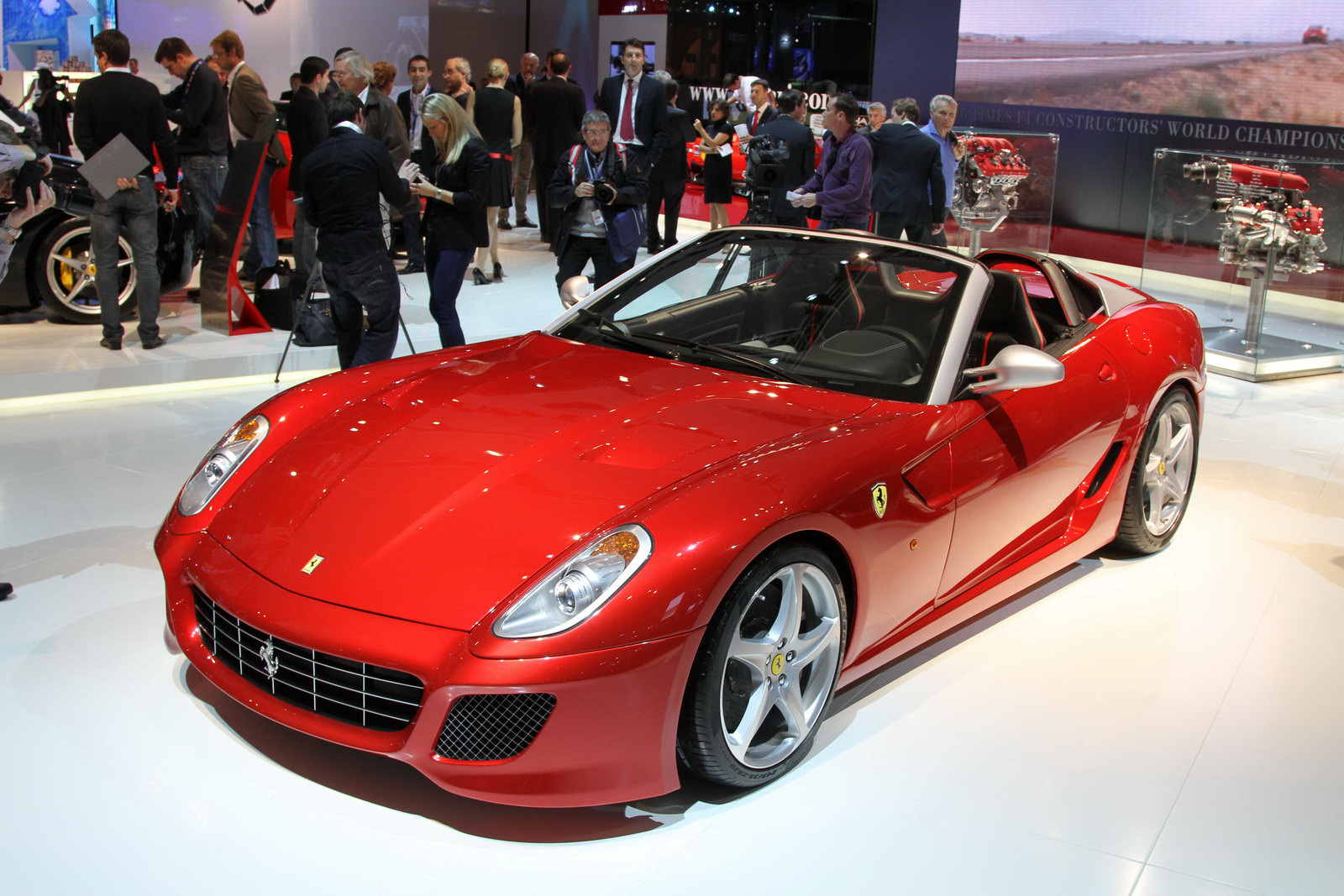 The Ferrari SA Aperta and it’s presence in the Paris Motor Show is about nothing more than showboating and flamboyance.

I’m saying that because this is what Ferrari are doing presenting this car at the Paris Motor Show because it has been already sold out even before the show started.

The Ferrari SA Aperta is an open top version of the 599 which features a 670 horsepower V12 engine and has been a design project with Ferrari Centro Stile. The object of this design study was to produce something which would celebrate 80 years of existence for Italian design firm Pininfarina.

The SA Aperta was built partly as homage to Sergio and Andrea Pininfarina, the son and grandson respectively of company founder Battista Farina (latter Battista Pininfarina).

Only 80 lucky chaps got the chance to own one and since they sold out in hours I’m guessing the money has already been put down.