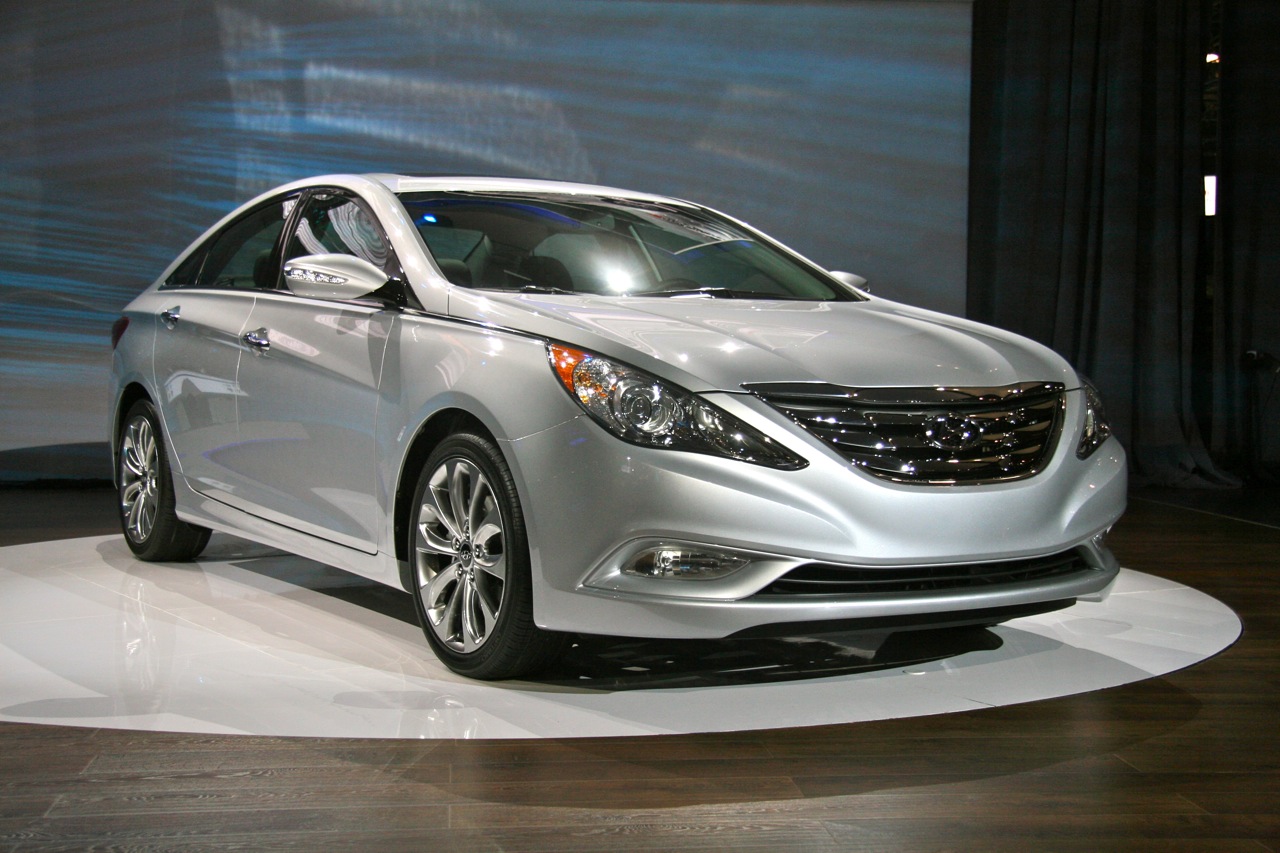 The Los Angeles Auto Show last year was a setting for many surprises and one of them was that Hyundai announced that it would make a turbocharged version of their Sonata sedan and at the ongoing New York Auto Show this car has just been revealed.

Tracing roots to the Kia Koup prototype the engine to be found in the new Sonata is now producing 274 horsepower and 269 pound-feet of torque. The new turbo (using a Twin Scroll turbo charging system) Theta II engine has a juicy torque curve as the peak torque is available all the way from 1800 to 4500 rpm. The turbo housing is an integral casting with the exhaust manifold to provide short exhaust flows to the turbine and speaking of the exhaust flow, it is fed into the turbine from the pairs of cylinders by separate paths to insure optimum response.

This engine is offered with an automatic six speed paddle-shift transmission, only in the SE and Limited trim packages and as the engine uses a relatively low (comparing to similar engines) 9.5:1 compression ratio the maximum boost pressure is 17.4 psi.

Another interesting aspect of this particular variant is that Hyundai estimated fuel efficiency of 22 mpg city and 34 mpg highway is so much better than any other V6 competitor, actually it’s a bit better then the naturally aspirated engines of the same car.

Announced pricing is set to come in at under $25000 with quite a lot of equipment on it.