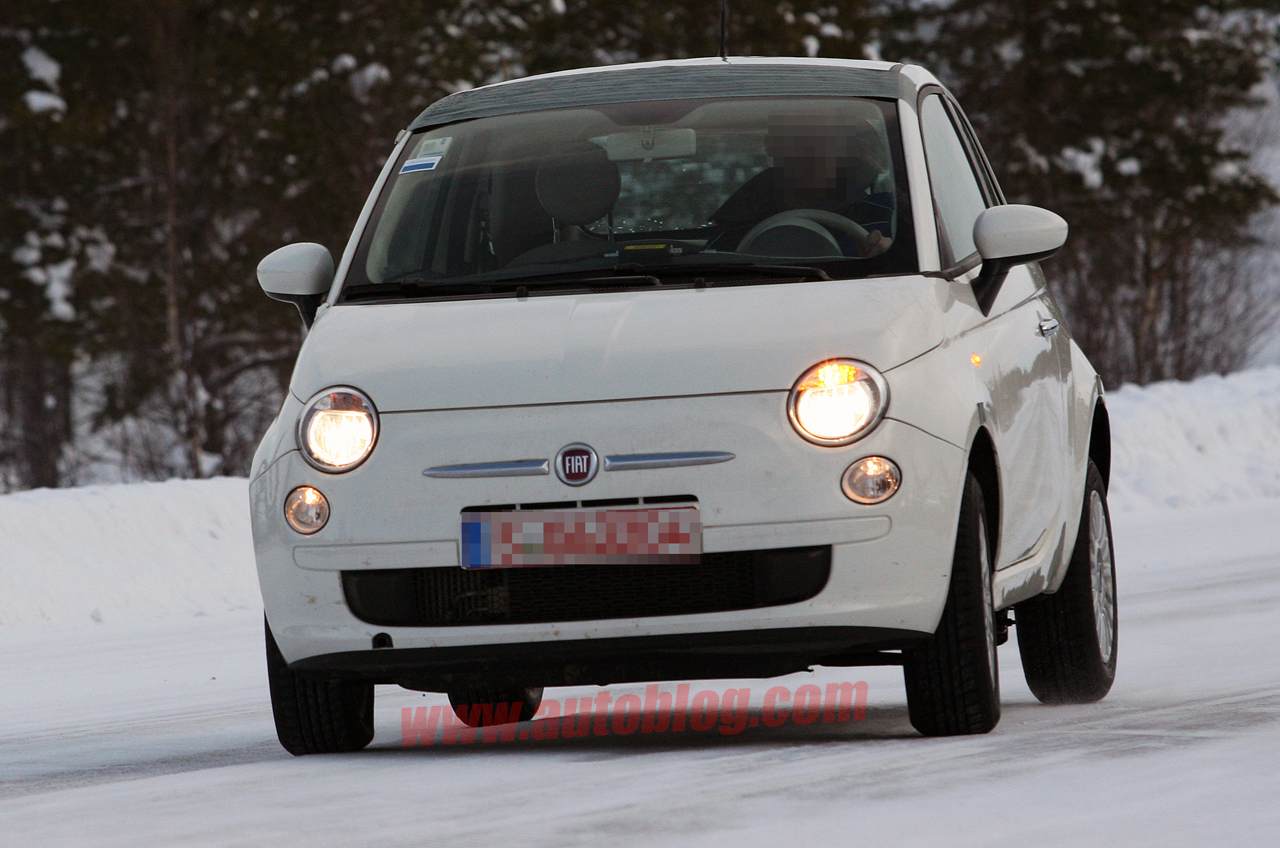 Fiat doesn’t really have any problems selling its modern version of the 500 but that’s not enough for the Italians.

It’s probably to sensible a car for them and they’ve decided to make a four wheel drive version of it. Here are a few snapshots of it in testing.

The Fiat 500 is a car you buy because it’s as stylish as you can get for a tight budget.

On that front, it’s hard to see somebody who’s interested in a stylish car and wants it to be as tall as this AWD version of the Fiat 500.

It’s also difficult to spot somebody who wants four wheel drive capabilities first and foremost and would then sacrifice a properly performing system for the style offered by the 500.

Nevertheless, Fiat is definitely doing it and we should expect a production version of what you see in these pictures sometime in 2012.

Like the 4WD Panda before it, the 4WD Fiat 500 will be presenting reworked underpinnings and a new exhaust system that accommodates the rear drive shafts.

I still think it’s bonkers but since there’s word of a Ford Fiesta or a Chevrolet Sonic being made with the same sort of four-wheel drive variants it’s probably going to sell just as well as those.