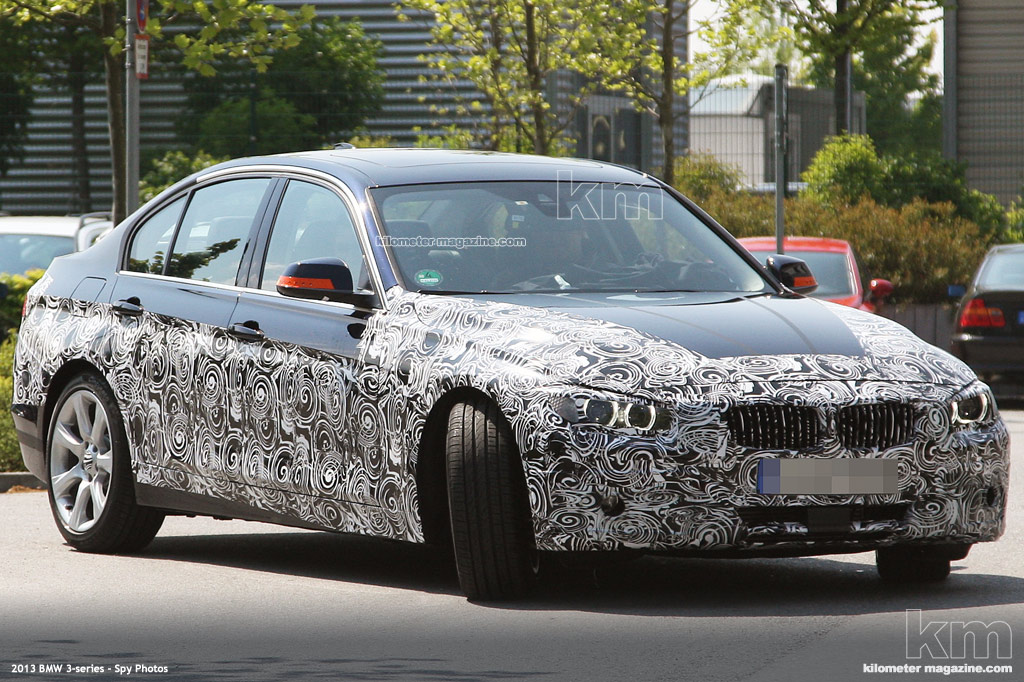 It’s been quite a few solid months of people getting to know the new BMW 5 Series and the Bavarian excellence it stands for.

During this time, most of the people interested in it realized they still can’t quite afford it, so turning their attention to the BMW 3 Series seems pretty appropriate.

Even though the BMW 3 Series is getting a lot of attention, stands at a prime spot in sales and is an excellent drive it is pretty old in conception and it’s nearing the end of its life.

We’re now expecting the new BMW 3 Series to be closer to a launch, but odds are it’s not really coming until next year and we’re still stuck with looking at camouflaged appearances.

The good news on this front is that the 2012 BMW 3 Series started making some appearances of a more revealing presence and it seems there’s a lot of good news coming our way.

Unlike the previous BMW 3 Series, we’re now actually getting what looks like a mini 2011 BMW 5 series. That is very good on pretty much all fronts.

If the 2012 BMW 3 Series gets to the point where it’s just a smaller car but with all the goodness of it’s big brother you simply can’t do better than that.

There’s word on the 2.0 liter turbo four making an appearance in the lineup and possibly a hybrid version but let’s focus on the big point at hand, buying a 3 Series simply means downsizing an excellent BMW and not downgrading it at the same time.