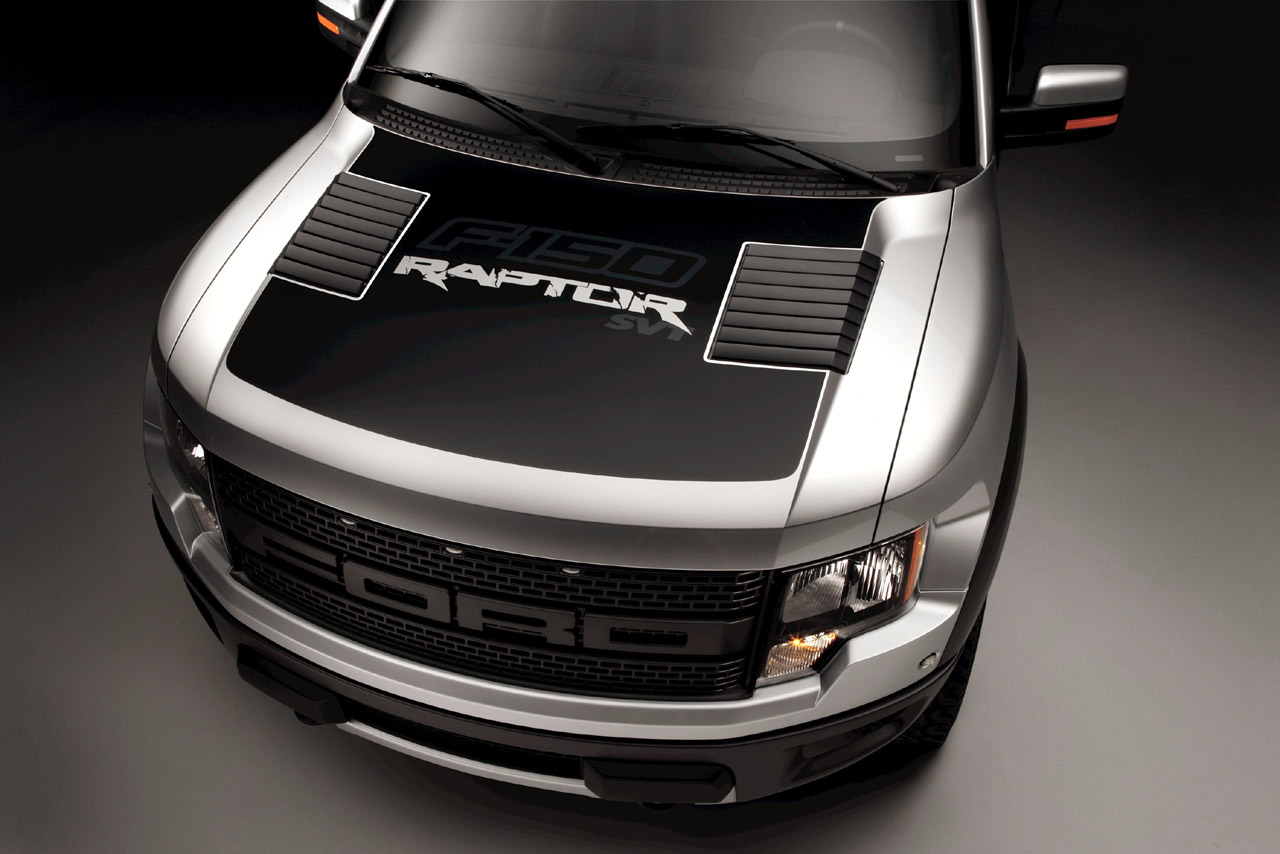 Undeniably the latest iteration of the Ford F-150 is a handsome looking beast, add the SVT Raptor Moniker and some graphics and thing just keep getting better.

Speaking of that graphics situation, it would seem Ford acknowledge the situation and have just expanded the offerings the factory will put on your 2011 Ford F-150 SVT Raptor.

Bruce Williams, the man behind the design of the F-150 SVT Raptor made a recent statement according to which the majority of the car’s owners are into outdoor activities, and those are the type of people who are drawn to the graphics. Further more the graphics help outline it’s abilities in the fact that while it is flashy, it is so in a different way. It looks like it can go anywhere and actually can, and that’s where the graphics come in.