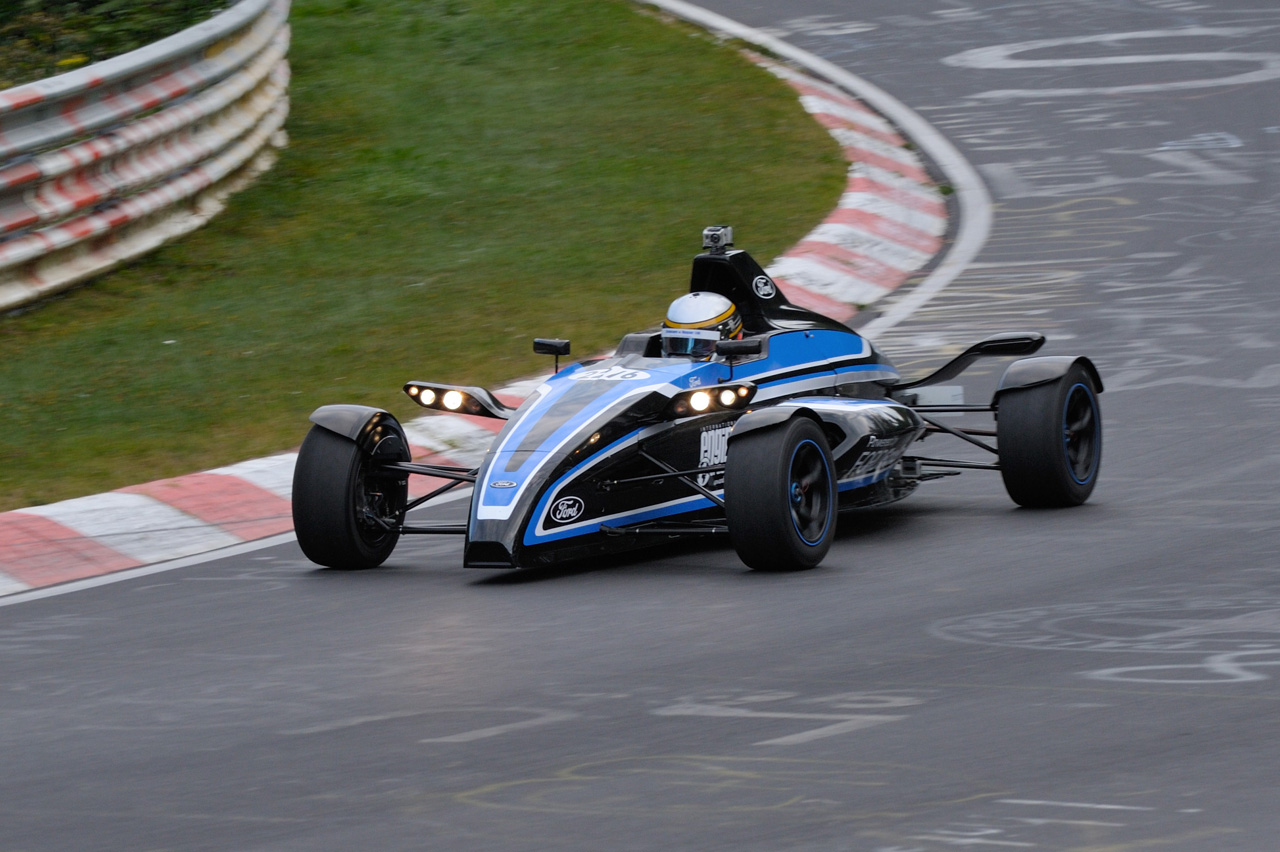 Ford’s EcoBoost lineup of engines is certainly responsible about the way Americans have started to take notice of turbocharged engines.

That’s great, but in the world of racing it’s not the popular vote that’s the winning car. Could that affect what Ford just did?

They came up with a considerably updated racer for the Formula Ford series and it’s powered by an EcoBoost powerplant.

Since Formula Ford isn’t the biggest kind of racing series, there’s no chance of using a big version of the EcoBoost.

Instead, the powerplant used in the single seater is the same one used in the Focus 1.0 liter turbocharged three cylinder.

While the engine itself is pretty similar, there’s a tune-up involved so that Formula Ford racers actually get 205 horsepower at their disposal.

All that power is sent to the rear wheels via a relatively simple six speed manual gearbox. Things are so basic that road legal tires are used.

Having tested it at the Nurburgring, the developers are quite happy. After all, it did lay down a decent time and it managed to keep an average speed of 105 mph all around the Nordschleife circuit.

Around the demanding roads of the ‘Ring that’s quite a lot and it’s actually quite faster than supercars others would define as remarkably quick.

The list of victims the 1.0 liter single seater has made includes stuff like the Ferrari Enzo, the Pagani Zonda and the Lamborghini Aventador.