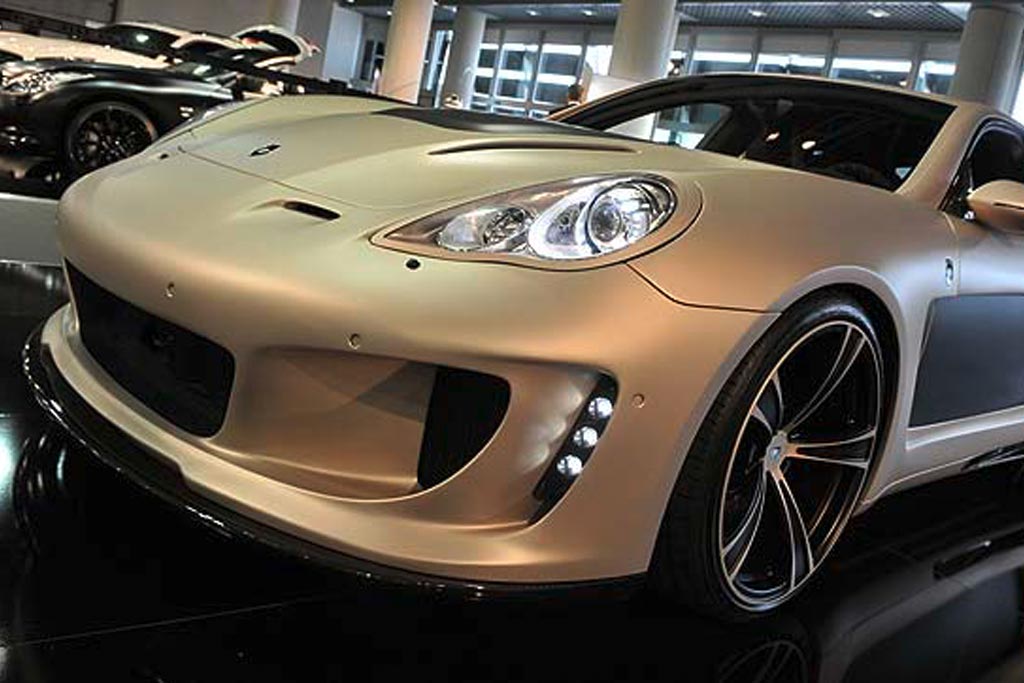 Gemballa used to be the go to tuning company when it came to upgrading your Porsche but ever since their founder was found dead the German company had a faded presence.

Sure they did some work on the Cayenne a while back, but with this occasion they really lit up the 2011 Top Marques Monaco Show.

This was because Gemballa launched the Mistrale Concept, a tuning kit created for the Porsche Panamera that’s as outrageous as it should be.

Sure the Panamera never was a great looker, and with all this aero and weight saving stuff it doesn’t get any help yet there’s a lot of aggression in the new design.

22 inch alloy wheels that weigh less than the original setup, add a bit of a visual softener and also reveal the new massive brakes.

Gemballa didn’t exactly pick the best color scheme with the matte white finish and a few black accents but the technical achievement can only be praised.

As a celebratory moment of 30 years of Gemballa existence, only 30 units of the Mistrale will be made, which each and every one of them being a testament of the quality that Gemballa was once known for.