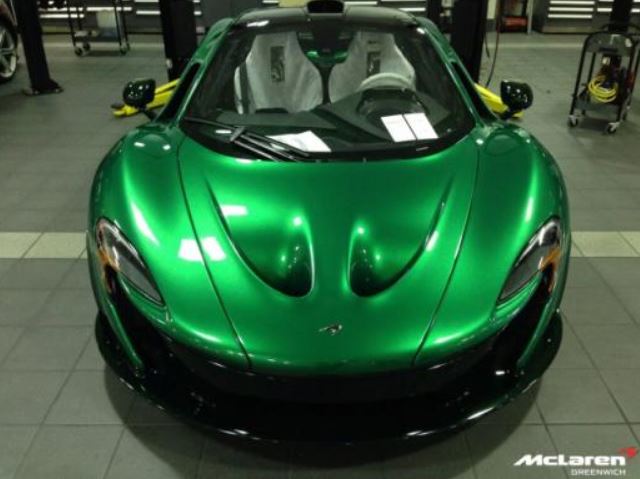 Even if the standard P1 McLaren model has reached its customers for a long time now, there are still rare models that stand in front, like this rare green P1 unit caught on camera.

The McLaren P1 doesn’t come cheap, but even so, the one seen here in a green paint job, is looking for its owner. The model should be estimated at over 1.6 million euros, the price paid for the last one sold 6 months ago.

The McLaren P1 was first launched at the 2012 Paris Motor Show as a concept car, with the model coming to production line after its official unveil at the 2013 Geneva Motor Show.

The McLaren P1 was manufactured in just 375 units, all coming with a 3.8-liter V8 petrol burner, along with an electric motor.

Thus, we are talking about a total output of massive 890 horsepower and huge 978 Nm of torque, hooked to a 7-speed dual-clutch transmission.