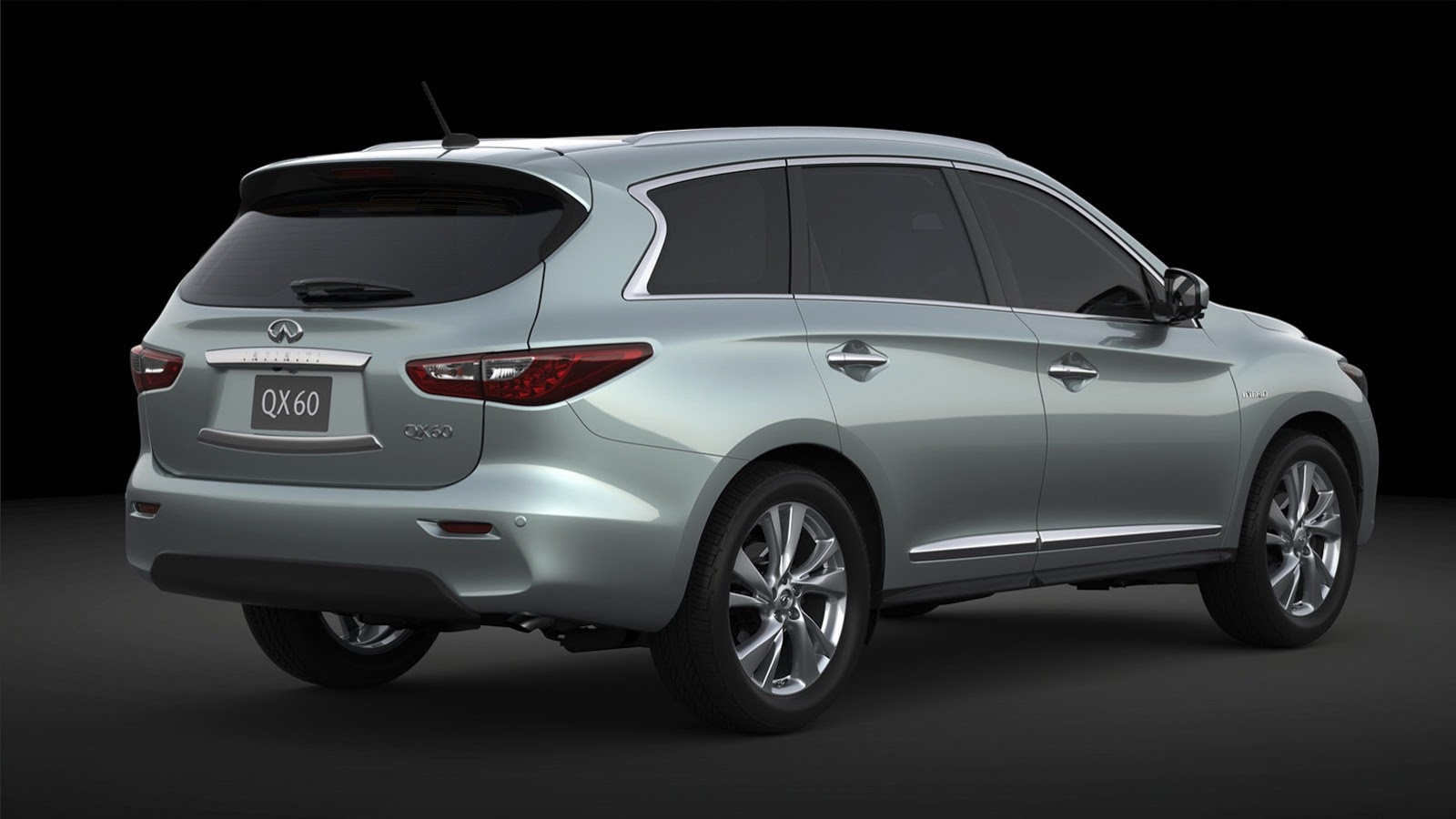 The Japanese folks at Infiniti announced their plans to unveil the new QX60 SUV at the upcoming New York Auto Show, an event which opens its gates later this month.

The Japanese crossover, known as JX, receives the new name starting this year but also a new hybrid powertrain. It includes a 2.5-liter four-cylinder unit and an electric motor.

The total output is 250 horsepower, a CVT units transferring power to the wheels. The 2013 Infiniti QX60 returns a fuel economy of 26mpg or 9 liters/100km.

Energy is stored in a lithium-ion battery pack, no information about the driving range being offered until now. The all-new Infiniti QX60 hybrid is scheduled to go on sale starting this summer, U.S. pricing being set at $41,400 for the front-wheel drive variant.

The Japanese model offers three rows of seats which means that you will have no problem transporting up to seven passengers.