Infiniti LE is one special kind of Nissan Leaf 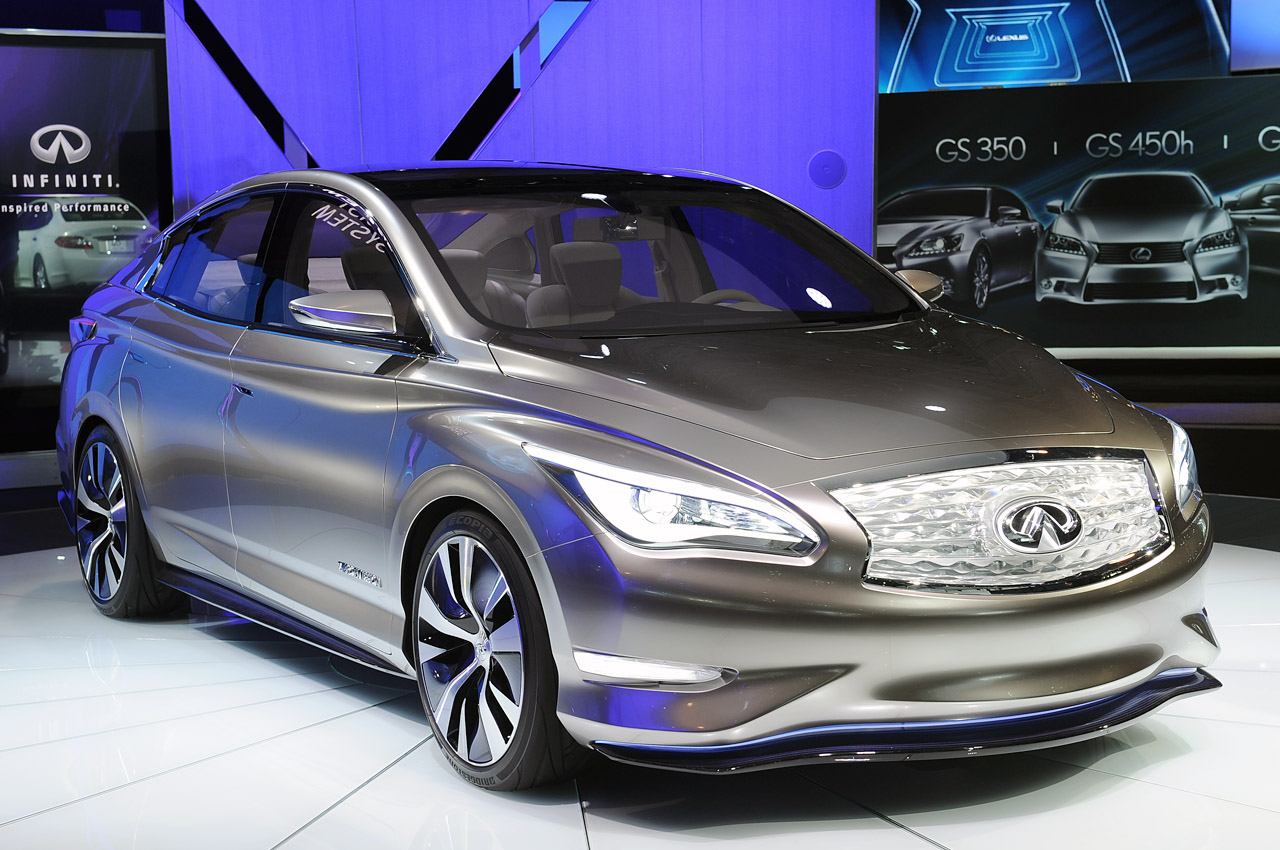 The Nissan Leaf is arguably one of the finest efforts the automotive world has put into the electric car and yet there’s still room for some improvement.

The first company to properly have a stab at improving it is Nissan’s luxury division. They’ve come up with the Infiniti LE Concept and shown it off at the New York Auto Show.

It will eventually spawn a production version within around two years but we can get the main headlines right now.

The new design is very fresh, very aerodynamic and very… Infiniti but there’s something more important about it. It differs immensely from the Leaf.

And I don’t mean that just in the way the headlights look. First off, it’s no longer a hatchback, but a mid-sized sedan and secondly, it doesn’t look very EV like.

If EVs are going to have a proper presence in the market place they need to stop making this their main feature and actually become competitive with traditional cars.

The battery is the same 24kWh lithium-ion setup used in the Leaf and while the engine is also the original one, it’s been uprated to 134 horsepower and 240 pound-feet of torque.

Despite the added grunt, the considerably more aerodynamic body and new mix of materials make the Infiniti LE get an estimated range of 100 miles, the same as the Leaf.

The interior looks like a beautiful mix between a clean design and technology. There’s just something about white leather that looks great in concepts.

While that may carry over, what will matter is that the entire user interface is sufficiently powered by an Intel Atom microprocessor.