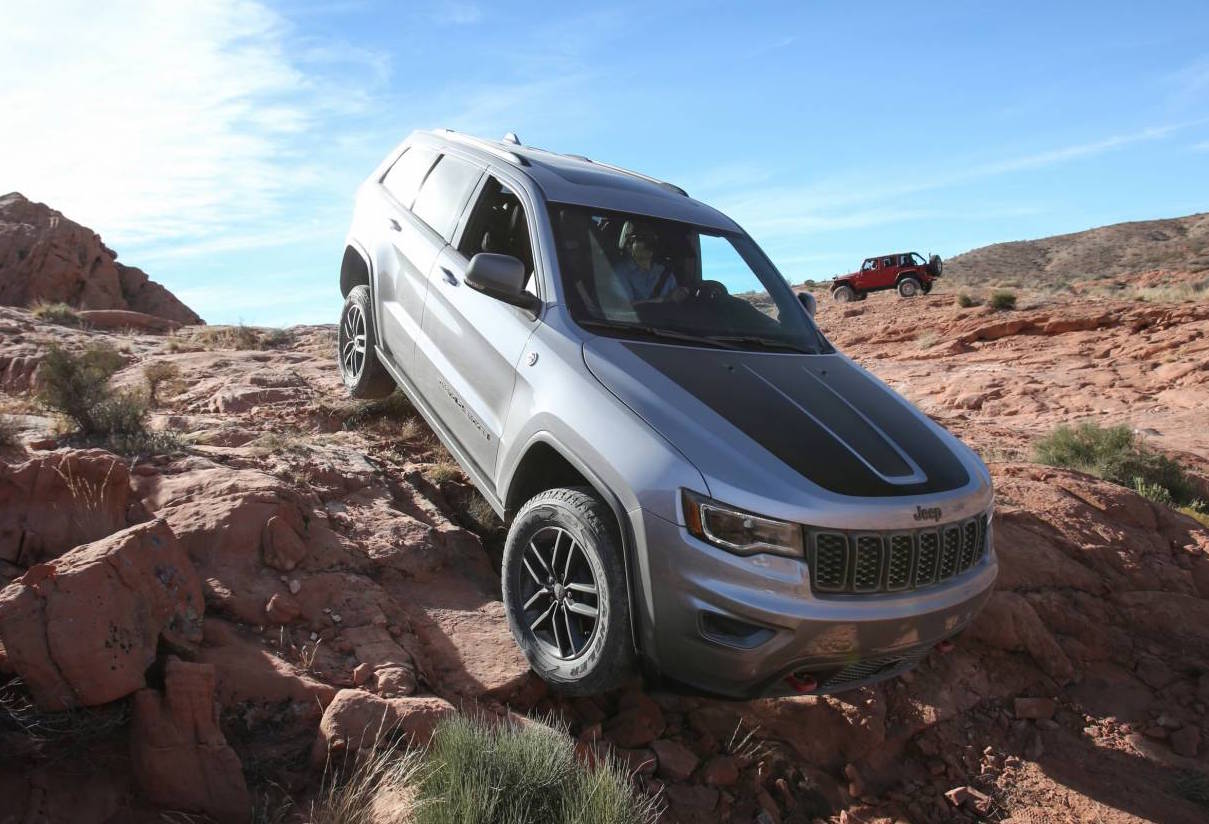 Jeep is preparing a whole new fleet for an official debut at the 2016 Los Angeles Auto, with the 2017 Renegade Deserthawk and Altitude taking the lead. However, the North American carmaker is also preparing the release of the new Grand Cherokee Trailhawk, which is said to debut in mid-2017.

The Trailhawk is the latest edition to the Grand Cherokee lineup, which is a clear indication that the company is looking to add-up something fresh. And the new SUV version is indeed considered unique, thanks to the design and performance.

We are looking here at rather the same Grand Cherokee model, only that it is now coming with some new elements…which make it a new model. The standout features refer to the Quadra-Lift air suspension which can raise the car`s ride height up to 274 mm, and adding some cool safety features, like hill descent control or hill ascent.

Other important characteristics also refer to 18-inch alloy wheels with massive tires, front and rear row hooks, limited-slip differential at the rear axle, skid plates, and so on.

Inside, the cabin is also tweaked with the latest tweaks and gizmos, including the eight-inch Uconnect interface with controls and functions, adding piano black trimmings, gun-metal finishes, red stitching, leather and suede upholstery and much more.

In the engine department, the 2017 Jeep Grand Cherokess Trailhawk comes is equipped with the new 3.6-liter V6 gasoline engine, a 3.0-liter V6 diesel and a massive HEMI V8. The performance figures will be released at a later date.