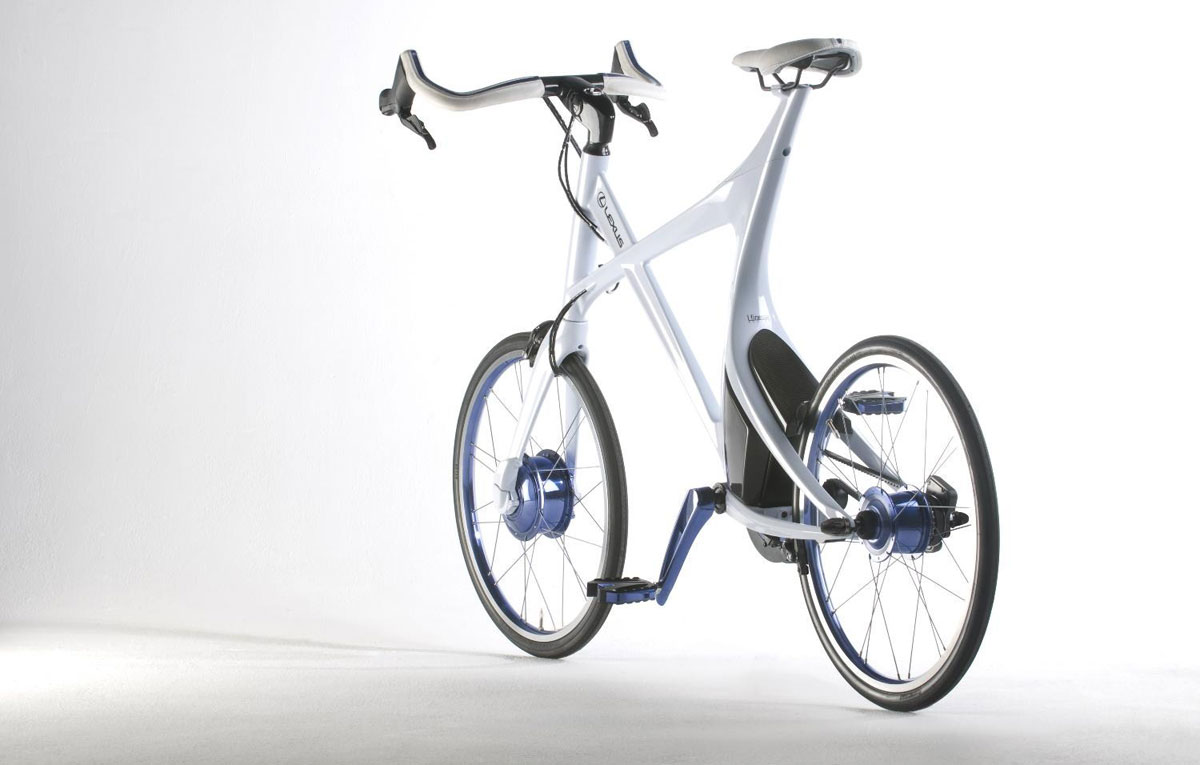 Lexus will present a hybrid bicycle at an UK event held to highlight the benefits of cycling. Lexus is the main sponsor of this event. The Japanese from Lexus will bring a hybrid bike at Great British Bike Ride, an event for cyclists in the UK, to present the British this innovative vehicle. The exhibit that will be presented at this event is just one of the two existing in the world.

Besides the fact that it has all-wheel drive, the bike from Lexus is a hybrid, being equipped with a 240-watt electric motor powered by a lithium-ion battery of 25.9 volts. Lexus hybrid bicycle have two operating modes – Eco and Power.

The electric engine engages only the front wheel, while legs strength are transposed to rear wheels via a gear system which is based on rubber straps. This cycle have eight speeds, which are made by Shimano and are located inside the frame. This bike’s frame is made of carbon fiber and have an extremely low mass.