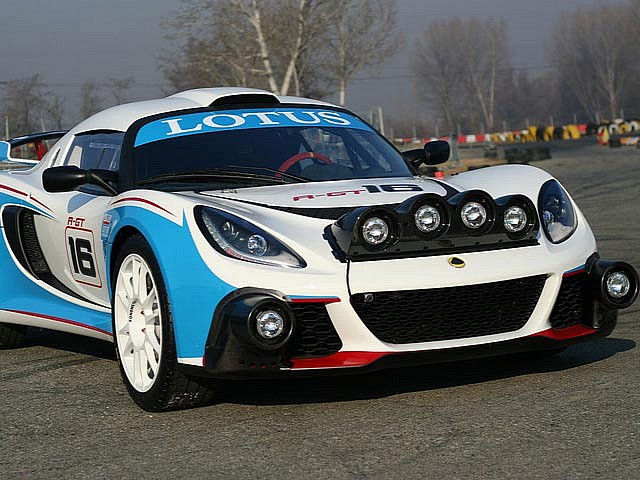 Anybody who knows a little bit about automotive history will know that Lotus’ heritage lies on the racetrack and tends to stick to a simple philosophy.

The current situation of the British firm doesn’t really include that much success in motorsport but rather a lovable attitude towards track day cars.

In attempting to make the Lotus name count once again in the global motorsport scene with the Exige R-GT model. Initially designed as a rally car it now has to be hitting the pavement.

Particularly, the new Lotus Exige R-GT will be elbowing its way through the 2012 FIA World Championship. The first tests have just been completed.

Proceedings took place in Turin, Italy and it seems like everything went completely undramatic, something generally accepted with tarmac running.

The next tests will however move from the company’s familiar European landscape over the Atlantic ocean to the United States.

We’re talking about a car that’s powered by a regular Evora-derived supercharged 3.5 liter V6 engine. The engine was lightened for better performance but not tuned for more power.

This is because the engine runs with a regulation spec 34 mm air restrictor. A final power output isn’t quoted but it’s expected to fall around the 330 horsepower mark.

Despite the car being in its first testing phase it is even more remarkable when you consider that the Lotus Exige R-GT is a fresh project that barely started back in July 2011.

Lotus is also going to provide engines to Indicar racers so it seems like they’re really pushing an effort for the motorsport division.