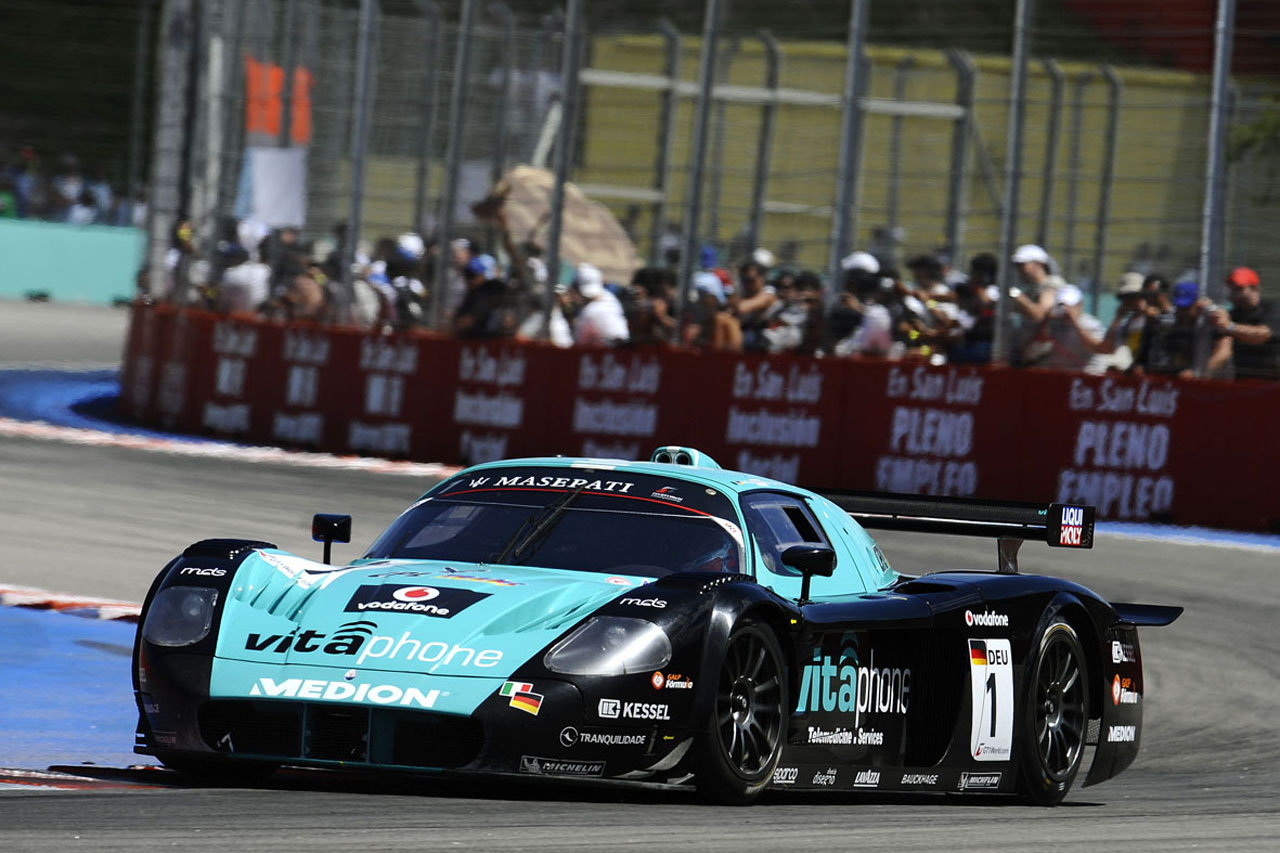 Even though the championship has died and has risen back on top as the FIA GT1 World Championship Maserati still won.

Basically, Maserati just keep on winning in this category. The Maserati MC-12 is nothing if not specifically designed with this sort of racing in mind.

You can definitely see the Ferrari DNA that’s bursting out of the Maserati MC-12’s every orifice but this is another grand success for the Trident brand on it’s own.

The winning team of the FIA GT1 World Championship that run the Maserati MC-12 to a first place finish at the checkered flag is called Vitaphone Racing Team and they employed Michael Bartels and Andrea Bertolini as drivers.

The duo managed to achieve success even before the last race of the series. The last race saw them coming in second by a considerable margin compared to the Aston Martin DBR9 which was run by the Hexis team.

Even so, Maserati totaled 195 points over the championship where as the Aston team was behind at just 177. The drivers standings was also taken by the same team so it was truly a grand success.