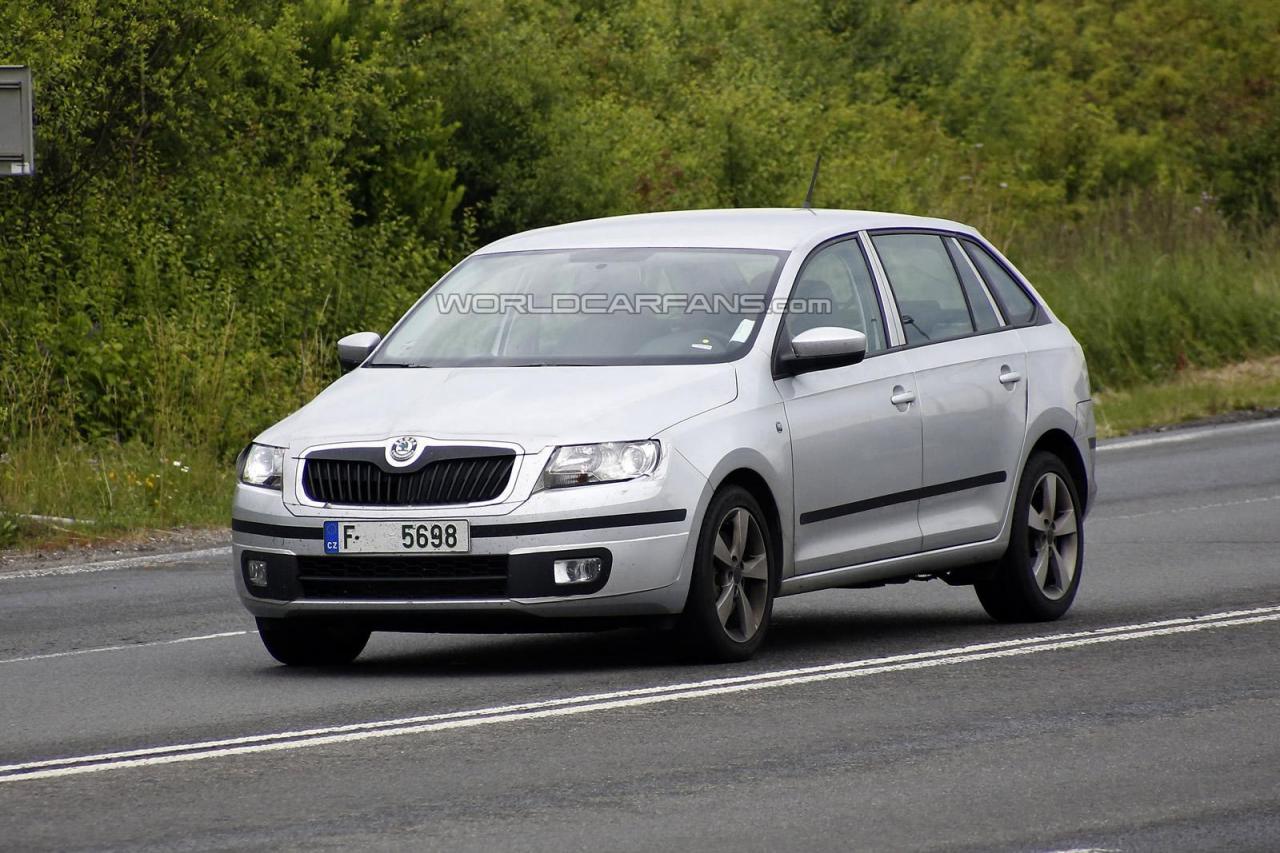 The Czech people at Skoda started testing the new Rapid Spaceback, a more spacious variant of the Rapid sedan. Seen for the first time in some leaked renderings, the new model is expected to be seen later this year, at the Frankfurt Motor Show.

At the exterior, the model will be significantly longer and will adopt revised rear windows, larger rear doors and restyled optical blocks.

Last but not least, a 122hp 1.4-liter TSI engine is also available in the range, being the most potent one.

With this been said, we have to wait for an official debut prior the Frankfurt Motor Show, an event which opens its gates towards the end of this year.