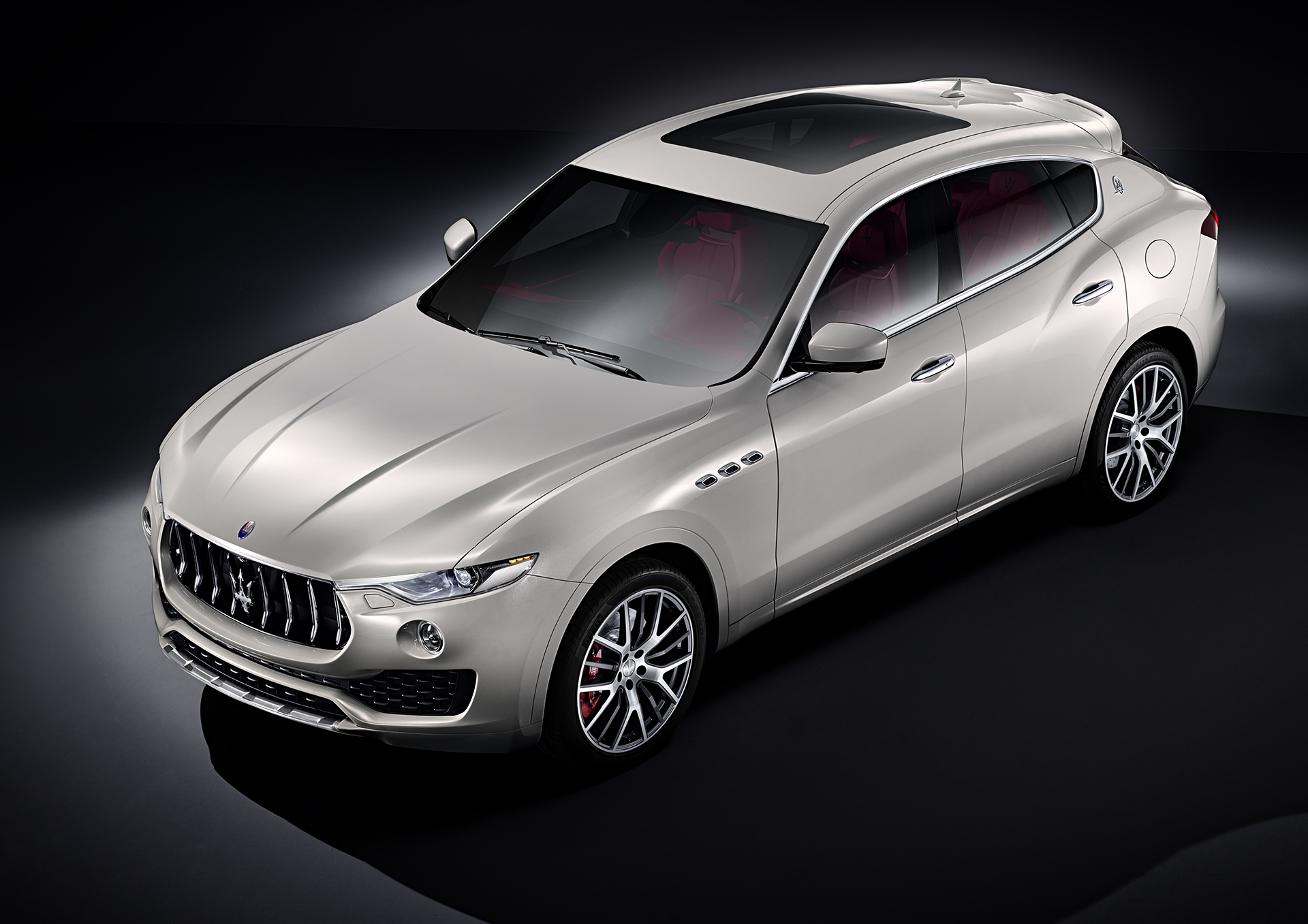 It’s finally here: ladies and gentlemen, Maserati Levante! This is the SUV that most of us were expecting since the Italians presented the Kubang concept, four years ago. And yes, we’ll see it at the Geneva Motor Show.

It is the first time in the 100 years of Maserati history when they produce an SUV. Also, it’s the first Italian premium SUV, and it’s able to fight with the BMW X5 and Porsche Cayenne. In fact, its silhouette is somewhere between X5 and X6, looking very dynamic with its inclined tailgate. There’s no doubt about its Maserati origin, no matter the view angle. However, the new elements are the front lights, which are now tapered and connected to the front grille.

There’s quite a lot of chrome in the vertical grille elements, while centered badge is overdimensioned. On the sides, the dynamic line is emphasized by the three Quattroporte-like air grilles and the typical trapezoidal C-pillar. An interesting feature is the frameless windows, emblematic for Maseratti. In the rear, a stylish wing shades the tapered window, while the elegantly lines loose themselves on the rounded surfaces. Maserati states that the typical Italian agility is doubled by an “unrivalled” handling in slippery conditions and very good off-road skills. From the base version, the Levante will be equipped with a highly complex electronically suspension, including controlled damping and adjustable air springs. More, all the version will benefit over the Q4 intelligent all-wheel drive system and the already known 8-speed automatic transmission, but special tuned for the SUV’s demands.

There aren’t many official words about the engines: under the hood we’ll find both gasoline and diesel, Euro 6-compliant. I remind you that I expect the engine line to contain V6 and V8 gasoline, together with the 3-liter diesel. The big, twin-turbo V8, developed with Ferrari will probably produce over 550 hp, while the most powerful diesel engine will be capable of way over 300 hp (considering its current power of 275 hp).