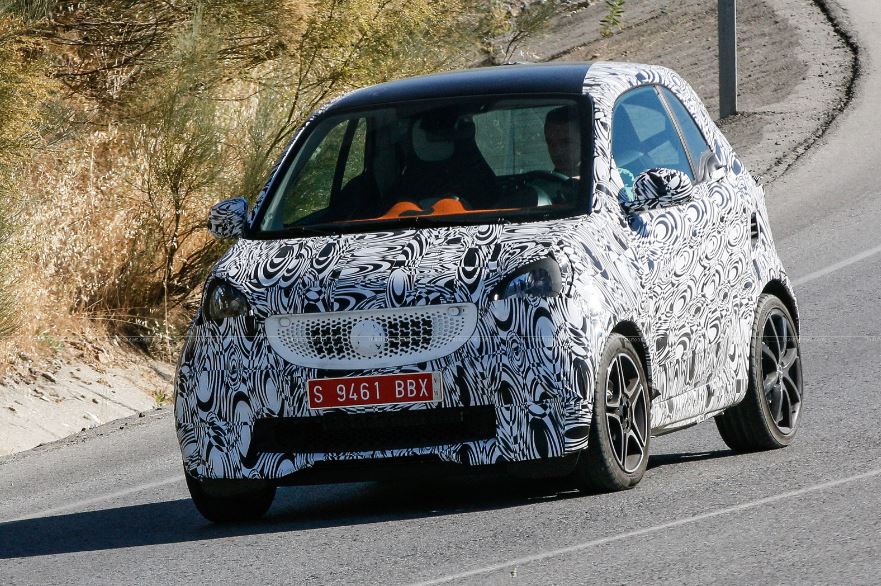 After rumors stating the presence of the upcoming Smart ForTwo Brabus model, now spy photographers from Inautonews online publication, have managed to catch the model on camera.

Aside the 2015 Smart ForTwo Brabus model, the German based automaker is also reported to launch an electric and a convertible variant, the latter being already showcased online in a rendering.

Judging by the spy shots, it is clearly enough that the 2015 Smart ForTwo Brabus model will be coming with a restyled design, meaning fresh front and rear bumpers, one of a kind front grille, a darker taillights and headlights and much more.

Under the hood, the 2015 Smart ForTwo Brabus is expected to put on a show the upgraded 0.9-liter three-cylinder turbocharged unit, developing now somewhere between 110 horsepower and 120 horsepower, compared to the present 90 horsepower.

We should know more about the 2015 Smart ForTwo Brabus model next year in March, when the model is expected to show up at the Geneva Motor Show.