Mazda’s taking us inside the new BT-50 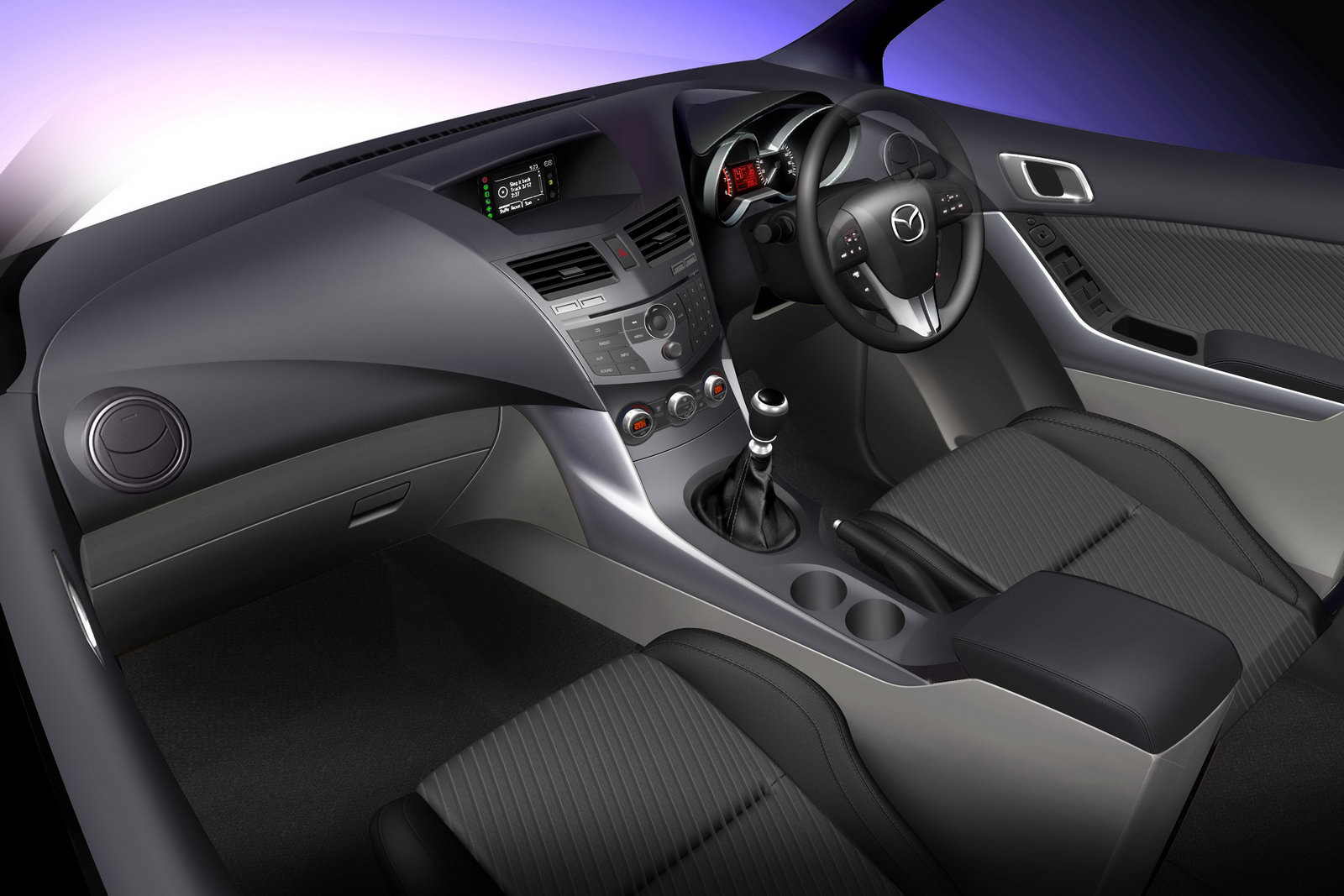 The Japanese over at Mazda seem to be really getting pleased with their latest creation, the small pickup called the BT-50 and it seems they’re not happy enough with having the best looking one of the sort.

Why would I say that? Because they decided that we should see the interior of this thing and well, just look at it…

It’s the sort of thing that makes you go wow. It’s actually a great looking interior, and they are going to put it inside a pickup truck.

Now I know, inevitably somebody will come along and say that the pickup should be a vehicle of almost agricultural sorts but then again, if every buys a car that fits a certain body work because they want to do construction work the world would have been covered in concrete by now.

Since it isn’t let’s just admit to the fact that some people feel comfortable driving something that looks imposing without actually needing to carry a large amount of stuff or a flatbed.

Tell you guys what, if I’m wrong, BMW wouldn’t sell one damn X5 because of the interior, the off road abilities and stuff like that that generally come with a 4×4.

The car will be seen in the flesh in about a week at the 2010 Australian International Motor Show in Sydney.