VisionS, Probably The Next SUV From Skoda 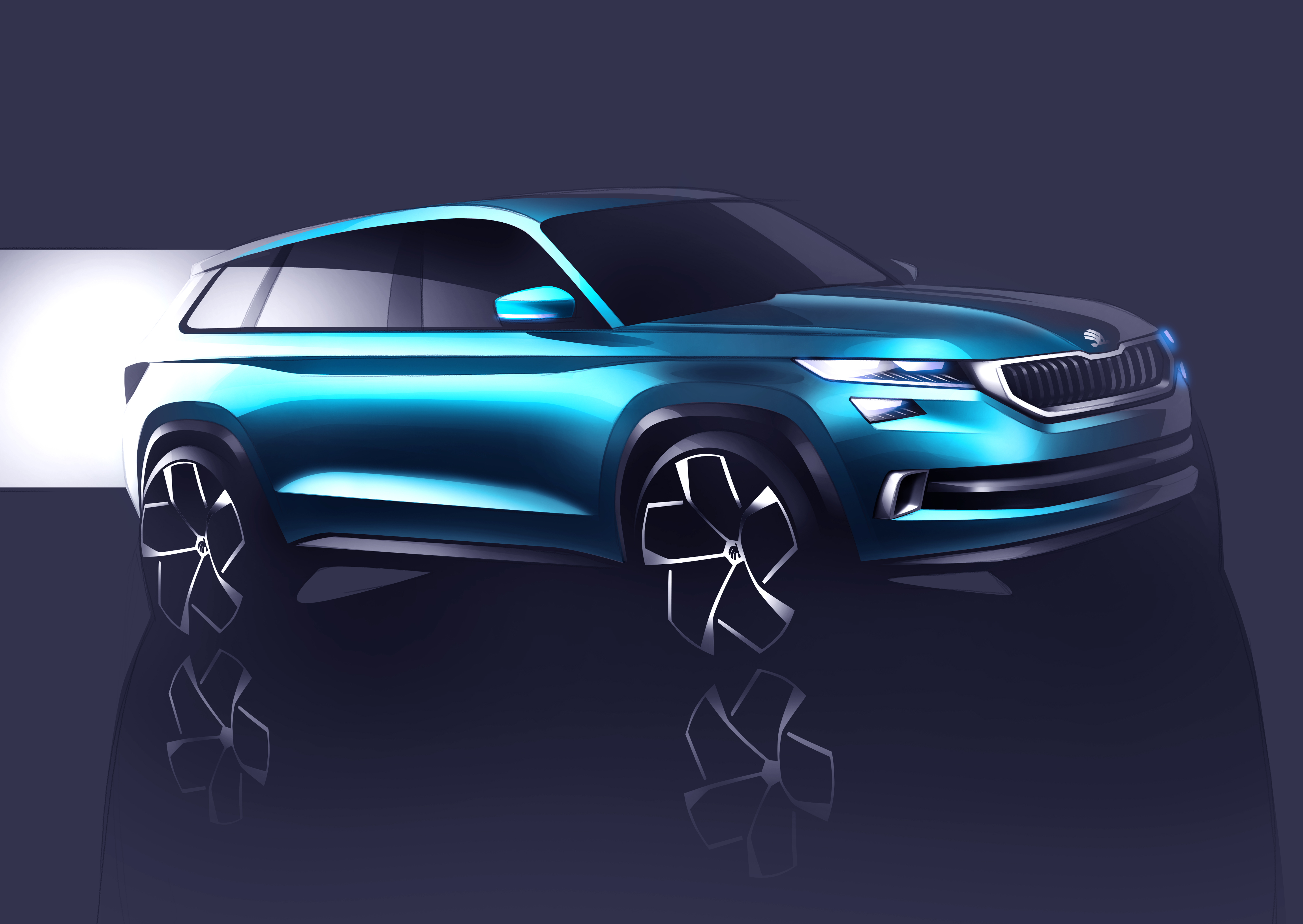 Skoda steps up to the next level with a new SUV. It’s bigger than the Yeti and for the moment it’s called VisionS.

The Czech brand will unveil the new concept car on 1st of March, at the 2016 Geneva International Motor Show. This new model will give us hints about the looks of the new Skoda SUV production model, which will be launched next fall. It’s external dimensions says a lot about the upcoming model: 4.70m long, 1.91m wide and 1.68m high. It is just a little bigger than it’s brother, the 2016 VW Tiguan.

The lines that define new Skoda design have been first shown in 2014, at the reveal of VisionC study. This new concept, called VisionS (S from SUV), looks bold and powerful and, like all Skoda models, shows an impressive interior space: it can accommodate 6 passengers on 3 rows. A combination of simple lines and edges makes it look so clean it seems to be laser-cut. Slightly curved surfaces are shaped to allow a strikingly light-shadow contrast. Plastic-materials made front bonnet has two lines converging to the Skoda crystal-like made logo. The logo and the vertical elements of the grille are translucide, like a tribute to the well known Czech crystal manufacturers.

In simple words, it looks like an SUV version of Octavia, as we can find some elements from the Czech sedan. However, the taillights aren’t Octavia style. It’s C-shaped had been dropped for a new, sleeker draw that could point the new design direction of the brand. As it showed up in the end of 2015, the new SUV’s name could be Kodiak.