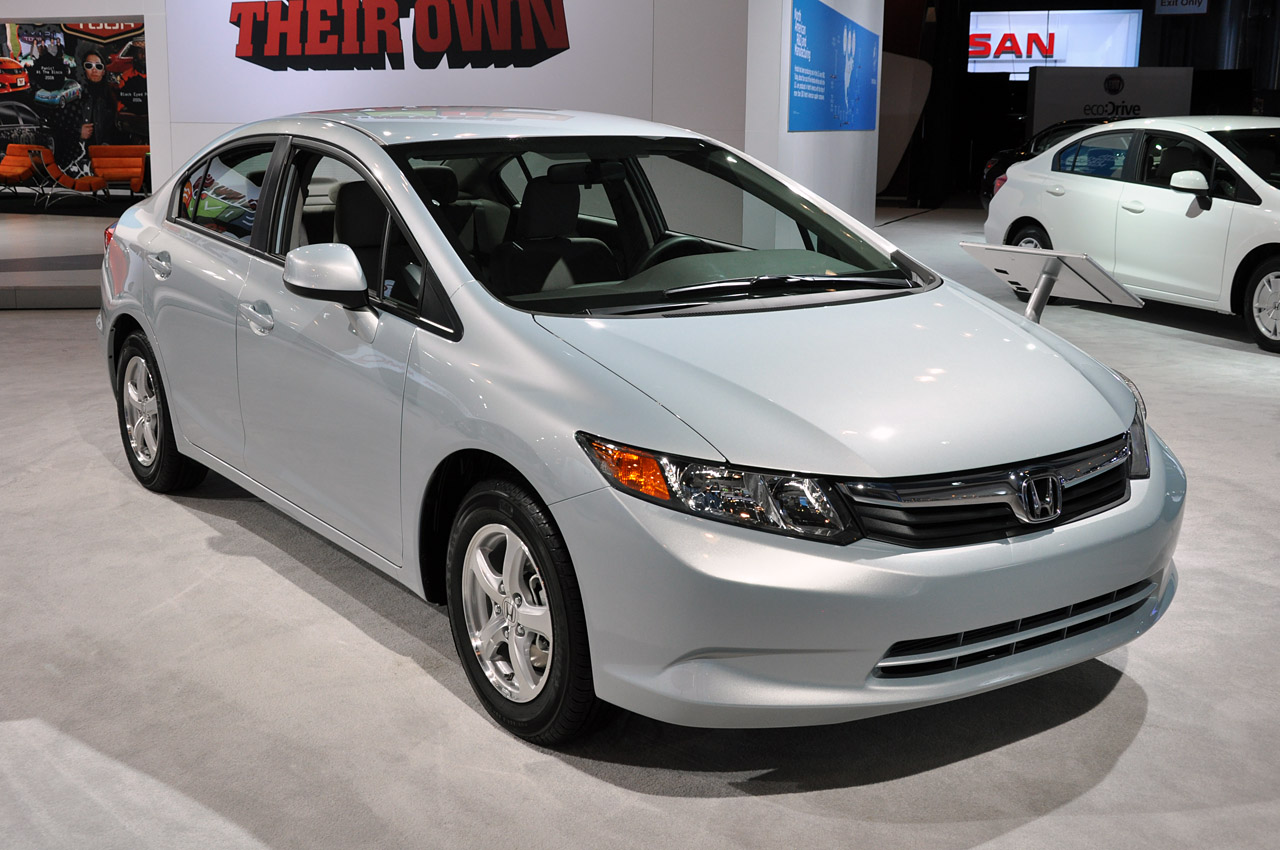 The Honda Civic is far from being a surprising vehicle but here we are with it coming to announce a brand new price tag for itself.

The only weird thing about that is that the 2012 Honda Civic, being the latest one around, already has a price tag listed and has been so for some time now.

Between that one and the newly announced 2012 Honda Civic pricing there’s a little more change involved, namely in regards to the fuel it uses.

The 2012 Honda Civic Natural Gas runs on… natural gas, it will be on sale just past the middle of this month and it will have a sticker price that starts at $26.155 on top of which you’ll have 750 dollars worth of destination fee to worry about.

In return for that “average” sum of money you’ll get a 2012 Honda Civic with a 1.8 liter engine, a five speed automatic gearbox and a completely unassuming looking exterior.

Unlike hybrids, electric cars and such, this fuel sipping family car doesn’t show its talent off by wearing tons of badges or weird wheels.

Instead, you’ll be the only one who has to know about how the Civic Natural Gas is rated by the EPA at 27/38/31 mpg on the city, highway or combined equivalent.

Compared to regular models that’s a 12.5 percent improvement in the city and a 5.5 percent one outside it. There’s still more fuel efficiency to be seen in the hybrid version of the 2012 Honda Civic but the Natural Gas does seem like the appropriate trade-off.