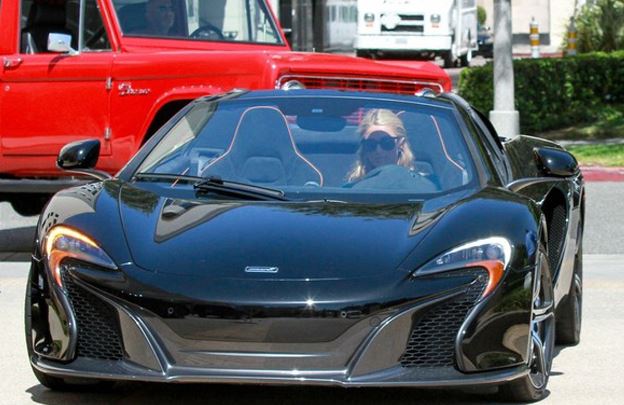 Paris Hilton was recently seen behind the wheel of a McLaren 650S, which will be eventually added to her car collection from her garage, and hopefully not forgotten there.

Paris Hilton is that blonde “celebrity” that favors powerful enough models to satisfy all her needs, rather than having a fuel-efficient hybrid vehicle in her own garage.

The McLaren 650S Spider will be standing thus side-by-side with other supercars, like the Ferrari F430 Spider, the McLaren 12C, the Lexus LFA, or the Bentley Continental GTC.

The McLaren 650S Spider should be able to suit Paris Hilton`s needs, as it manages to reach an outstanding 331 km/h.