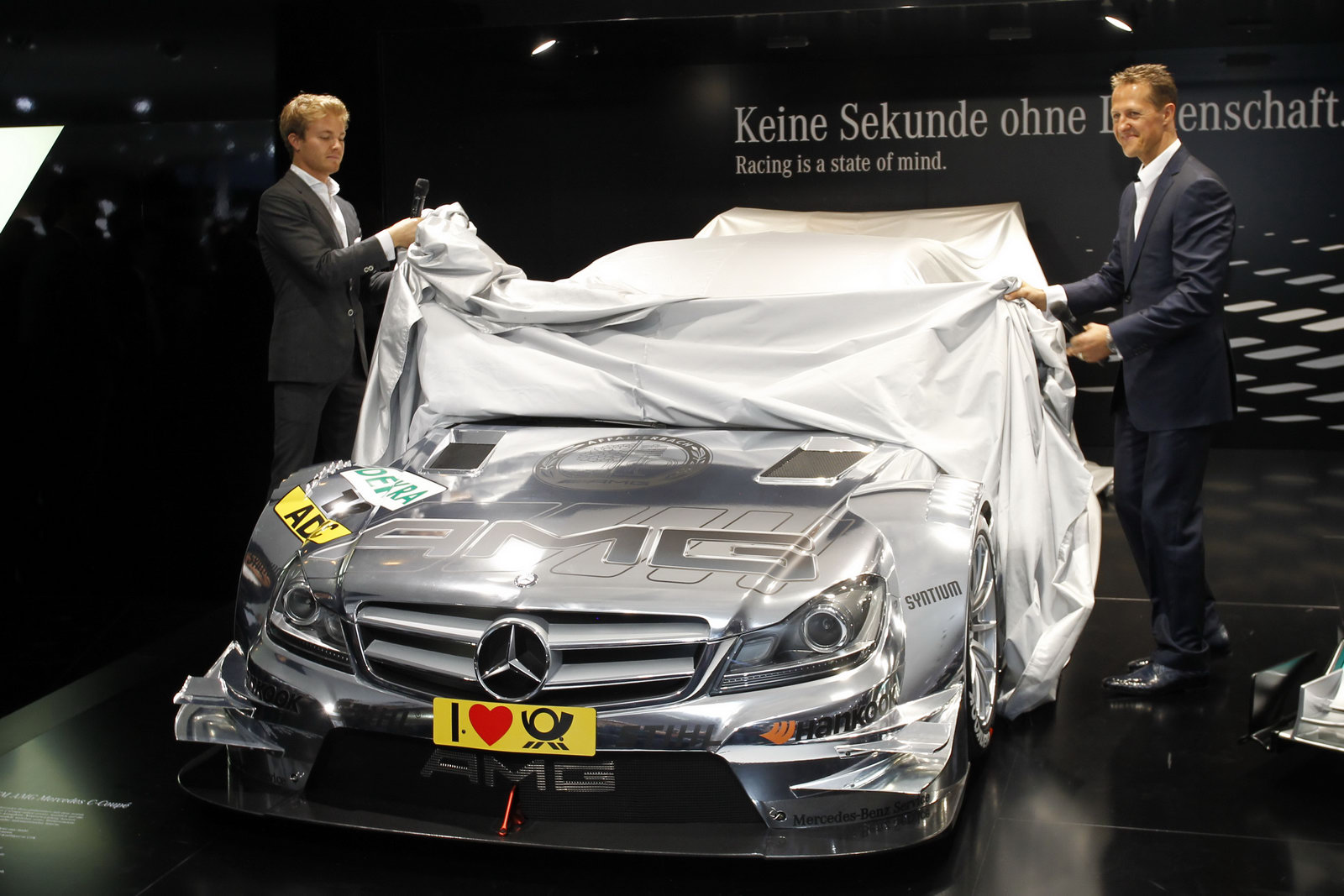 I know it sounds like one of the dullest collections of letters ever known to mankind but actually they make up some of the finest names and acronyms in this automotive business we love so much.

The Mercedes side of the 2011 Frankfurt Motor Show made room for a special stand that was dedicated to this Mercedes C Class Coupe that AMG turned up to the max on every aspect so that it can race in the DTM.

Every year DTM race cars get at least a minor update but Mercedes pushed the boundaries with this particular one in preparation for the next year of the German touring car series as its expected to be one of the hottest ever.

Why so much expectation? Simply because this year it’s a battle between Germany’s three greats: Mercedes, BMW and Audi.

The hype is interesting and the Mercedes stand in Frankfurt was even more than that since the people who introduced the new C Class DTM racer were none other than Michael Schumacher and Nico Rosberg.

Sadly, the feature presentation didn’t include any details on what’s going on underneath the massive downforce producing bodykit on the new Mercedes C Class Coupe AMG DTM racer.

Expect some details in a few days during the German motor show or sometime closer to the DTM season start.