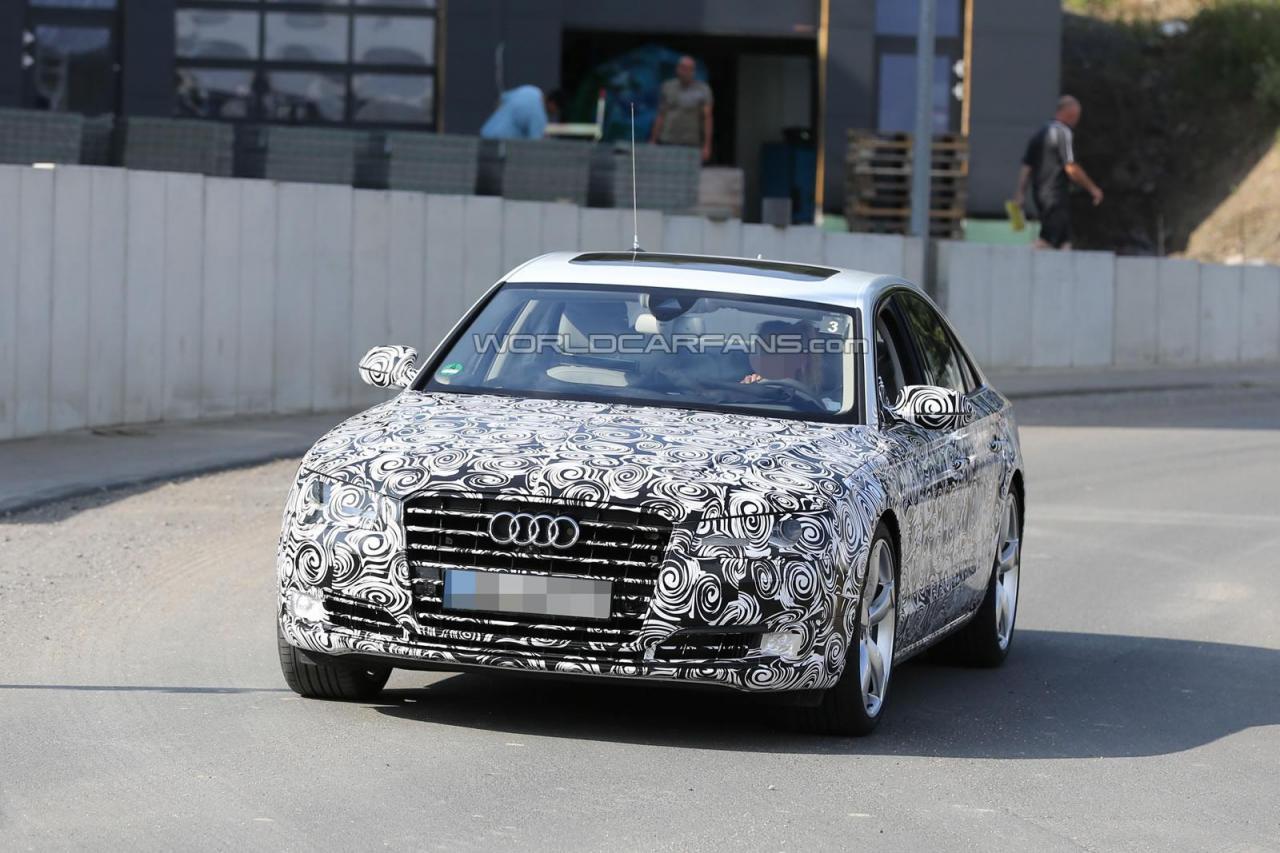 The restyled Audi A8 flagship is getting more intense testing sessions as the company plans the model’s premiere at the upcoming Frankfurt Motor Show in September.

Entering the cabin, buyers will find a revised steering wheel, new materials and trim but also an updated infotainment system.

If you are expecting any major improvements under the hood, we have to tell you that there won’t be too many changes. We could see new engines entering the lineup but the range will remain almost identical to the current model.

The 2014 Audi A8 will go on sale towards the end of this year, therefore, the Frankfurt Motor Show debut is imminent.