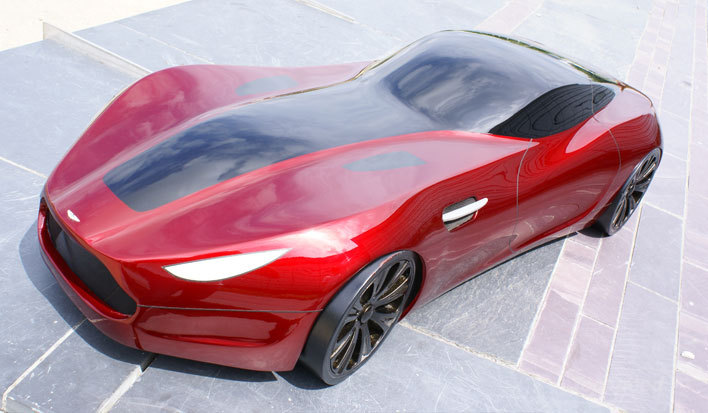 Forgive my frankness but isn’t Viceroy a company that sells tobacco? Anyway, what we have here is called the Aston Martin Viceroy.

Before people start getting hot under their tweed jackets you should know that this doesn’t really have anything to do with the British car maker.

The Aston Martin Viceroy is the brainchild of British designer, Christopher Chilcott who wanted to show off his passion for Aston.

Notice any similarity among the models he listed? Yep, all British.

Moving aside from Chilcott’s love of his country, the Aston Martin Viceroy is claimed to be a hydrogen powered supercar.

But that’s not all, the hereby eco friendly supercar is styled to look as bespoke as possible. Apparently, aside from inspiration from all those British cars he also drew inspiration from Savile Row.

Savile Row may not be familiar to most of you so let me clear the air. Savile Row is a street in London that’s famous for bespoke, custom tailoring of great prestige.

Aston Martin haven’t said anything in relation to the Viceroy but it would be nice to hear that they are interested in buying the concept.