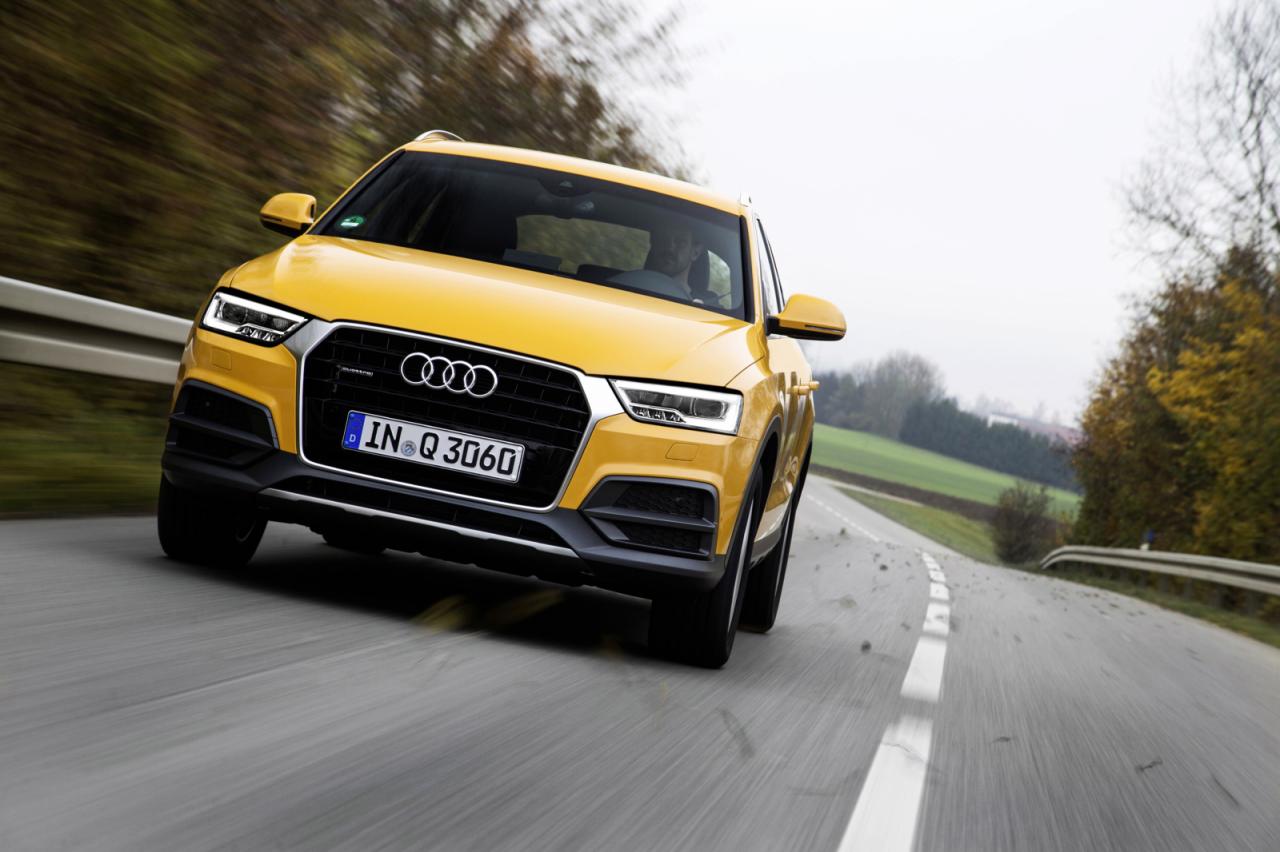 Audi released new photos and details for the new Q3 facelift, a model which will go on sale in February next year. Starting from €29,600, the German crossover comes with revised bumpers, optical blocks, new wheels and rear diffuser.

There are also two new exterior finishes and new trim versions inside. Besides the standard equipment, Audi offers optionals such as the MMI navigation system, LED interior lighting, power-adjustable front seats and Audi Side Assist.

The aforementioned range-topping versions kicks off at €56,600 or $71,000. Audi will build their new Q3 facelift at their Spanish facility near Barcelona.