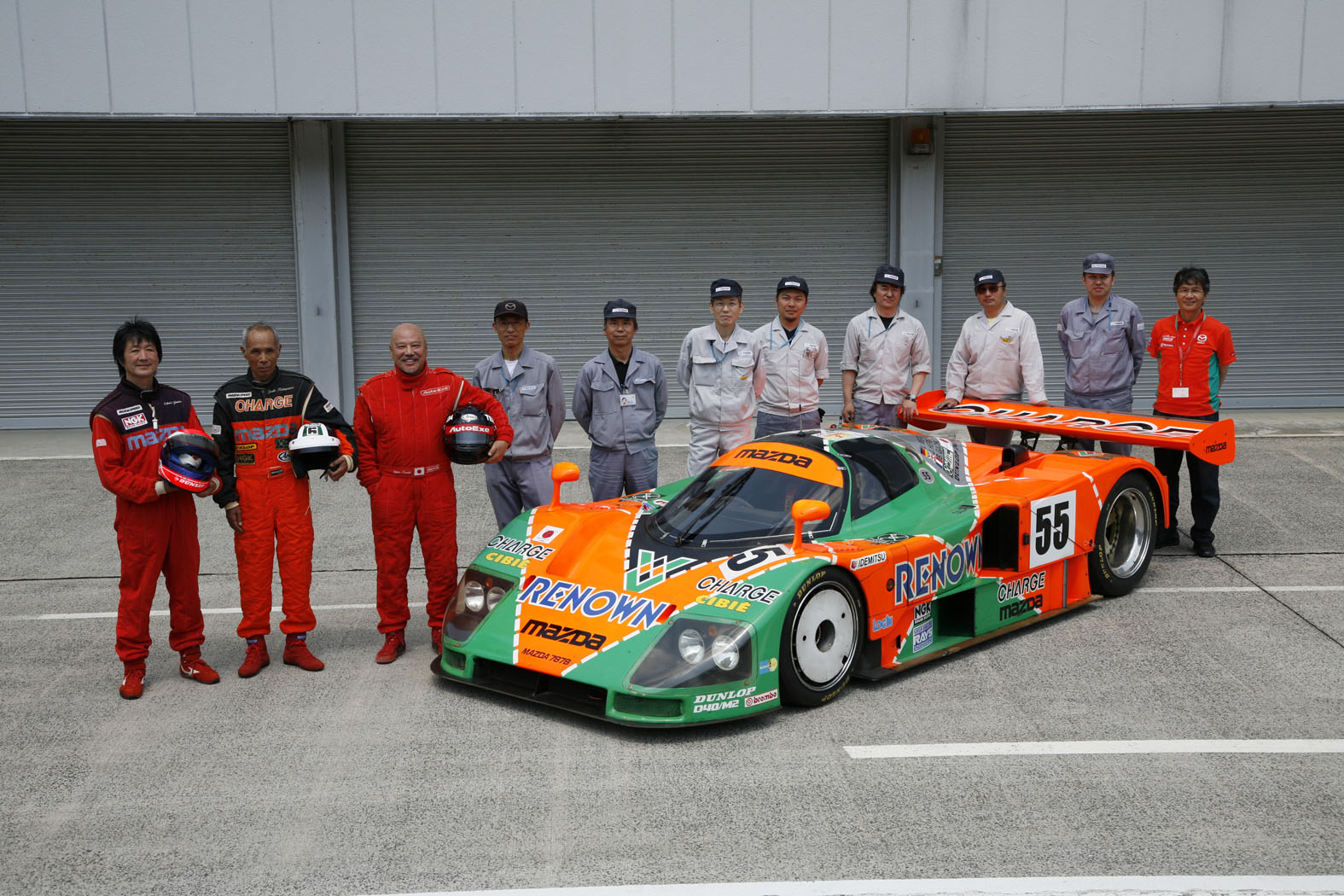 Mazda has a very important celebration this year. 2011 marks the passing of two decades since the Mazda 787B won at the infamous Le Mans endurance race.

A win is nice, but twenty years ago and from Mazda, is it that important? Yes, because 1991 was the year this amazing racer took the crown and it was also the only year when a Japanese car maker took the title.

As part of the celebration of this astonishing feat, Mazda fully restored the winning racer and plans to bring it “home”.

The Circuit de la Sarthe will be having a special guest demonstration on June 11, before the 2011 Le Mans 24 Hour endurance race begins. Just before the likes of the Audi R18 TDI and the Peugeot 908 HDI battle it out for the newest of titles at Le Mans, this “old timer” will be going for a run around the track.

The fact that this is a 20 year old race car doesn’t mean it can’t cut it anymore. It may not be a winner as far as fuel economy is concerned, but the performance of the 1991 Mazda 787B is unquestionable.

Powered by a rotary engine which had four rotors, this Japanese monster had an output of 700 horsepower, with rumors speaking of a possible maximum of 900.

Teaming that sort of engine with a gearbox that was co-developed with Porsche and a total body weight of 1831 lbs (less than a modern Lotus Elise) and you can easily understand part of the Le Mans victory the 787B had.

Another part is in the rest of the technical specs of the vehicle, but possibly the most important one out there is to be seen in the team of race drivers and engineers that took Mazda (and Japan) to the 1991 win in the 787B.

David Kennedy, Pierre Dieudonne and Johnny Herbert were the stars of the day. Of them, the latter actually stands a great chance to be driving the 1991 Mazda 787B around the track in the anniversary ceremony whereas a lot of the rest of the crew will be present for the occasion.

This particular chassis number, the 787B-002 was retired after winning so it had a nice end to its career, the other two sister cars weren’t as lucky.

001 and 003 were raced on by Mazda but never went on to reach another success and they were eventually banned from motor racing altogether since the FIA outlawed rotary engines for the following season.

Since then and until the recent restoration was undertaken by Mazda, the 1991 Le Mans winning 787B was kept at the company’s museum in Hiroshima.