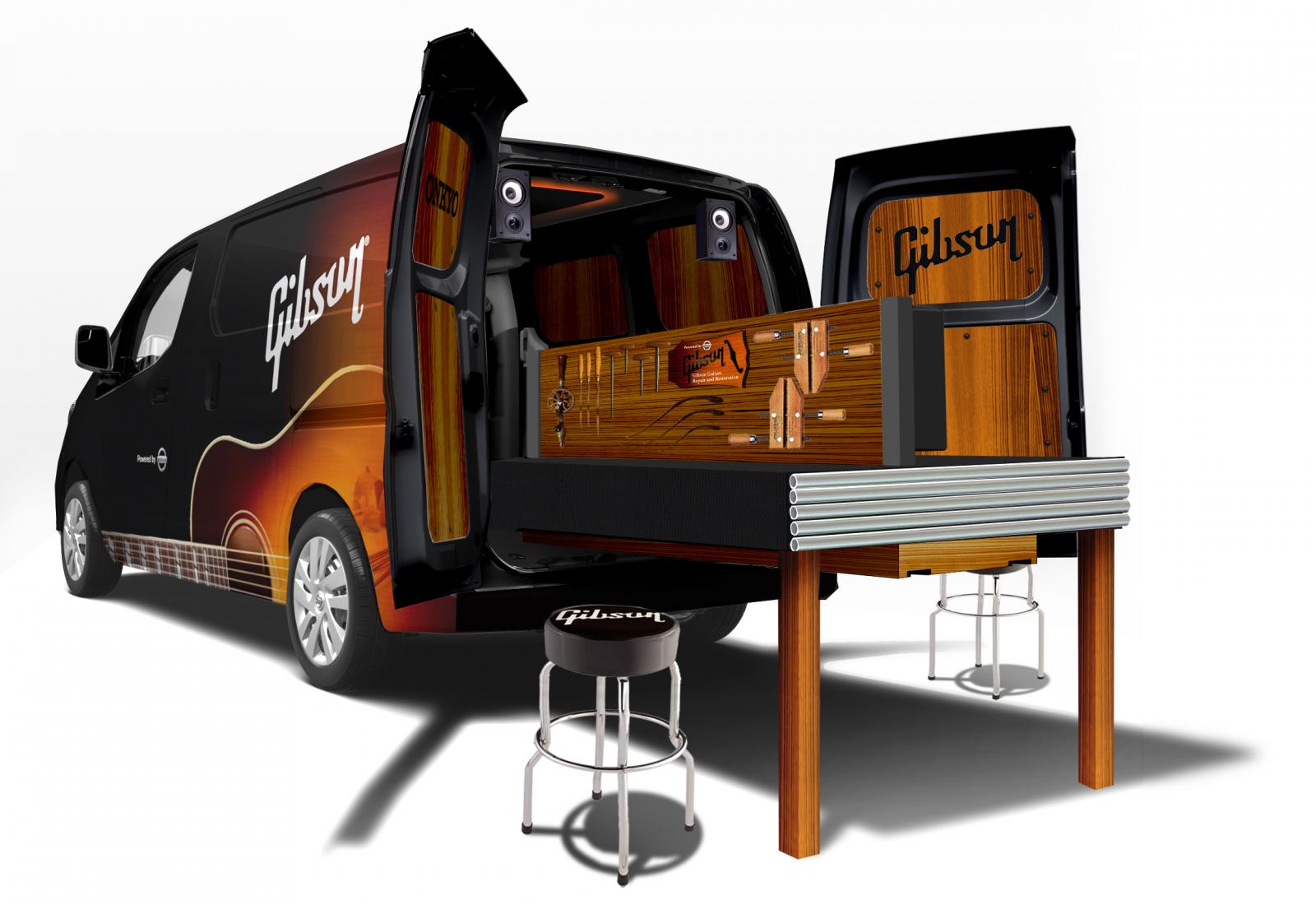 The Japanese folks at Nissan teamed up with Gibson, a well-known guitar manufacturer, in order to produce the NV200 Mobile Repair & Restoration Van, a model which, as its name says, it’s a mobile repairing guitar workshop.

At the exterior, buyers will get a special two-color finish with special graphics and probably new wheels.

However, the interesting part is inside where Gibson provides a pullout bench full of tools such as calipers, sandpaper, wood glue, tuning forks, parts and scale rulers.

A special rack able to hold up a total of four guitars is also provided while a premium Onkyo sound system is there as well. Power is offered by a 2.0-liter engine capable to produce 131 horsepower returning a fuel economy of 24mpg US.

The Japanese model is linked to an Xtronic CVT unit and provides a cargo space of 122,7 cubic feet. Nissan released no pricing details but if you are interested, be sure to contact the car maker.