Nissan Juke-R faster than a Lamborghini Gallardo on track 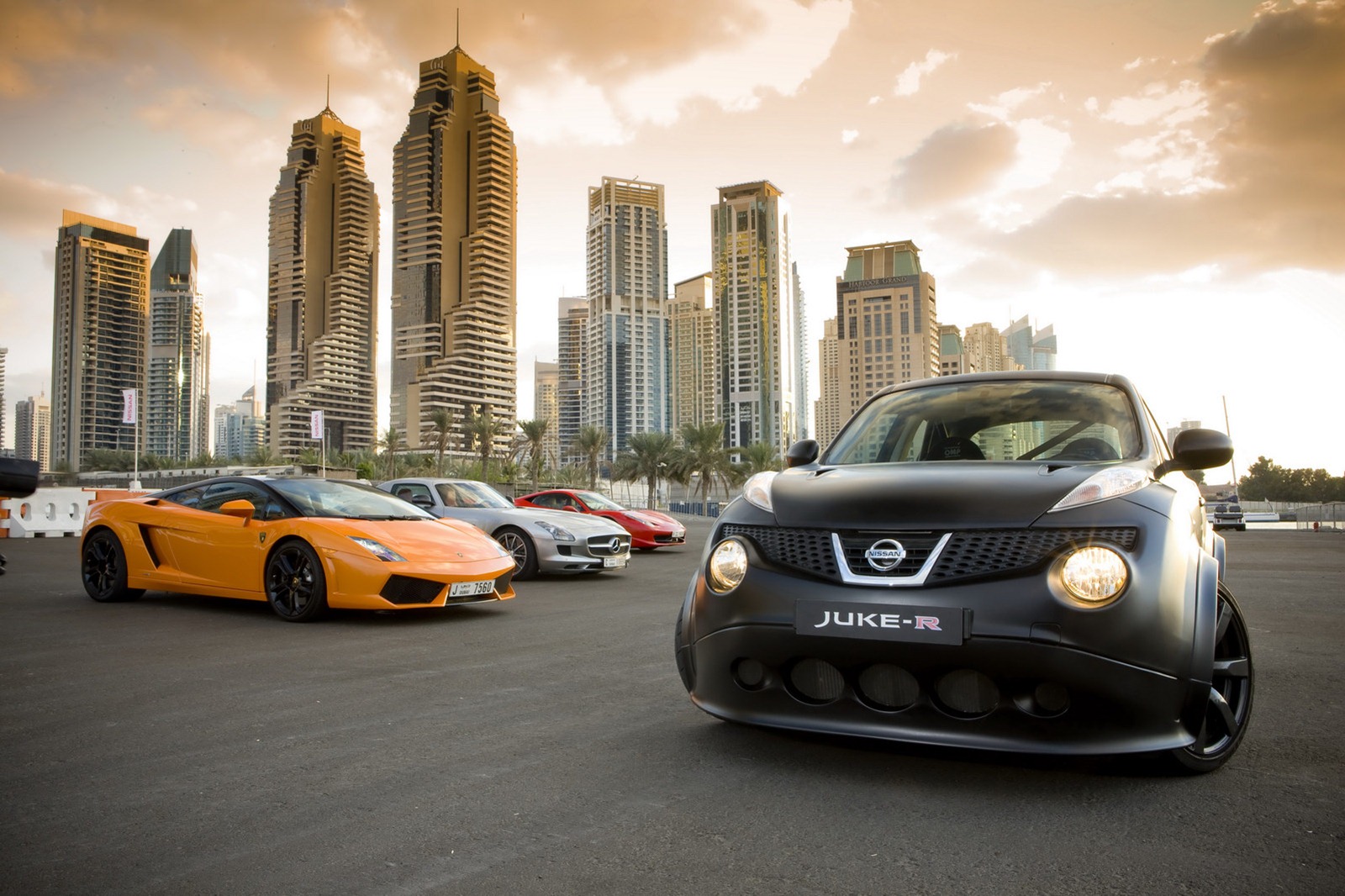 It might sound crazy but the title is completely accurate, the concept version of the Nissan Juke, namely the Juke-R, managed to take the first place ahead of a Lamborghini Gallardo LP560-4. In fact, the Japanese concept managed to lap faster than other supercars such as the Mercedes SLS AMG or Ferrari 458 Italia.

Behind the wheel of the Lamborghini was Christian Vann, a professional driver from New Zealand while the Mercedes SLS AMG was driven by Michael Mallock from UK, also a professional race driver.

The standard Nissan Juke probably would have no chance in such a battle but in this situation we talk about the Juke-R concept, a model powered by a GT-R-sourced engine which develops 485 horsepower.

The video below which proofs what we told you above was shot in Dubai ahead of the 24hrs Endurance Race. Even the video quality is not the greatest in this case, we can clearly see how the four models behaved on the track and who is the winner of the competition.