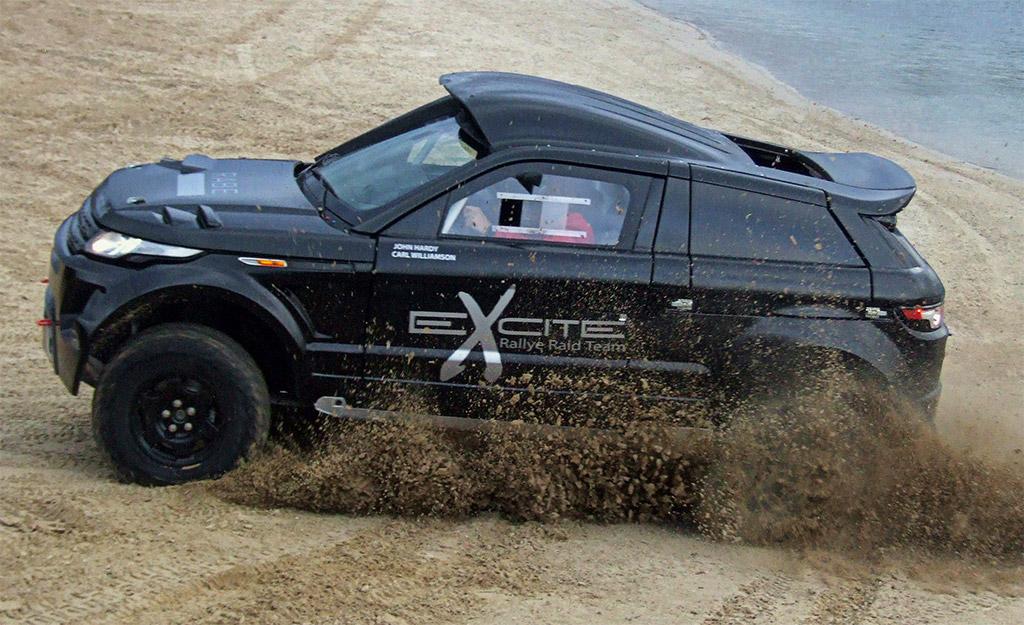 Here is a quite special version of the new Range Rover Evoque, a rally-prepared model which will compete in the FIA T3 world championship.

The new model is called Desert Warrior 3 and will be driven by Excite Rallye Raid Team. Under the hood we find a new 3.0-liter twin-turbo diesel power plant borrowed from BMW.

This unit is capable to produce 275 horsepower and 650Nm of torque being linked to a six-speed ZF sequential gearbox. Even the model is an imposing SUV, the racing team had to improve several features of the British model in order to make it more competitive.

For the beginning, the Range Rover Evoque Desert Warrior 3 benefits from a new control valve system, a double piston system with speed-dependent damper and Reiger coilovers.

A new set of 16-inch Compomotive Atacama Rally Raid wheels fitted with BF Goodrich Desert Race G tires is available as well as a larger fuel tank with a capacity of 260 liters.