Rare Aston Martin One-77 Q-Series up for sale 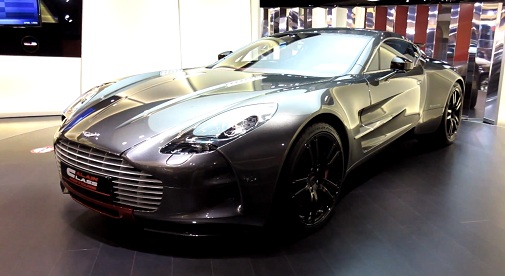 Al Ain Class Motors, a well-known and exclusivist car dealer in Dubai, officially announced that one of the seven Aston Martin One-77 Q-Series supercars is up for sale.

The British supercar is powered by a massive 7.3-liter V12 engine capable to produce 760 horsepower and 750Nm of torque.

The 0-100 km/h acceleration is done in just 3,5 seconds while the top speed is rated at 357 km/h. The Q-Series special edition of the One-77 was presented at Geneva with only seven cars to be built.

Therefore, the price of this special model is very steep, the car dealer in Dubai asking $3 million for this rare model.

The Q-Series version, compared to the standard One-77, brings few aesthetic improvements at the exterior, namely the special silver finish but also few tweaks at the interior.