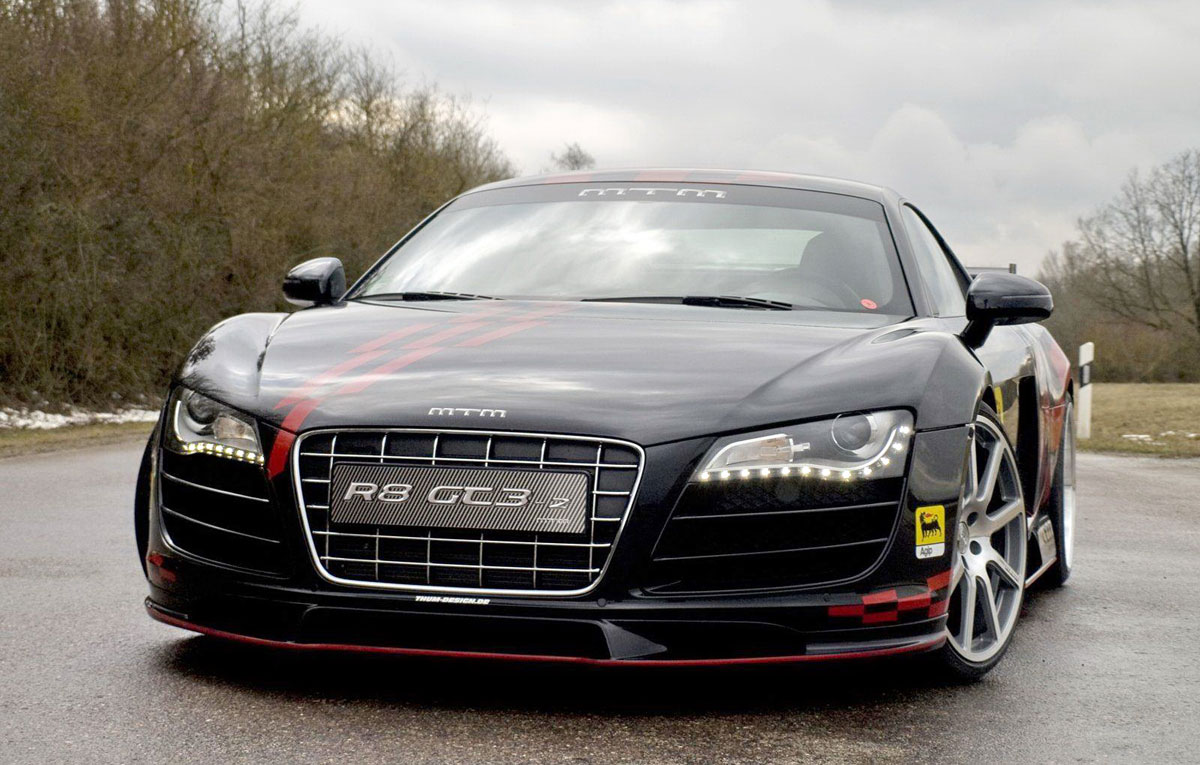 German tuner MTM offers a 560 hp version of the Audi R8 which dropped the Quattro four-wheel drive system in favor of the traction on the rear wheels. Germans from MTM, specializing in tuning models from the Volkswagen Group, presented the first images and informations for the new Audi R8 GT3-2 package.

The German model has received a number of aesthetic changes, along with other improvements to the suspension and brakes. At the exterior, Audi R8 GT3 received a carbon fiber front bumper, a set of side skirts and a new rear spoiler.

Those from MTM have installed a suspension that can be adjusted so at the hardness and on the height, and the braking system was replaced with a more powerful one, equipped with 380 mm discs.