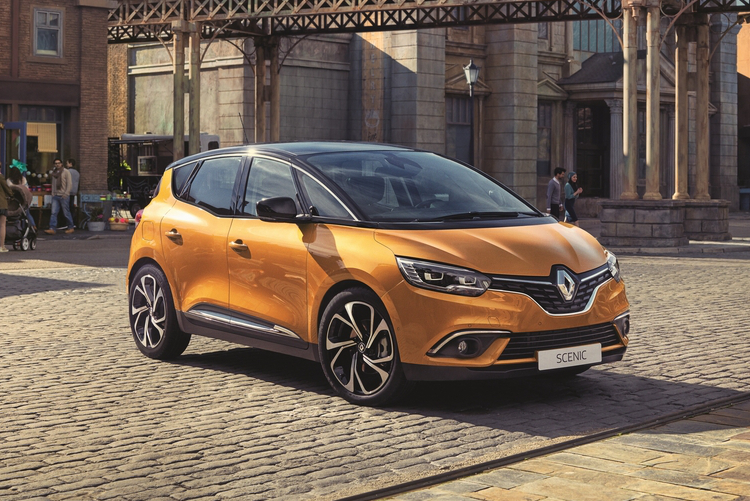 The all-new Renault Scenic is supposed to be officially unveiled at the 2016 Geneva Motor Show, but a leaked image has already popped-up on the web.

The image was posted by Geneva and was quickly removed shortly after, but was a great opportunity for different auto online magazines to display it on their sites.

Here we are we the same leaked image of what seems to be the future Renault Scenic, the model wearing the design cues borrowed from the R-Space concept unveiled last year.

As we can depict from the image, the new Scenic is standing out from the crowd with a prominent front fascia with slender grille, big Renault insignia, sculpted hood, unique shoulder line, gloss black upper body, chrome accents and two-tone alloys.

Inside, the cabin is to receive higher-end materials, along with the updated 8.7-inch display for the new R-Link 2 infotainment system.

Underneath, the Renault Scenic will underpin the same CMF architecture as the new Megane, meaning that it will come with the same choice of engines. Unfortunately, the carmaker is yet to confirm the exact mills, but it is a certainty that it would come with a wide array of petrol burners and diesels, with power output between 90 – 205 horsepower.