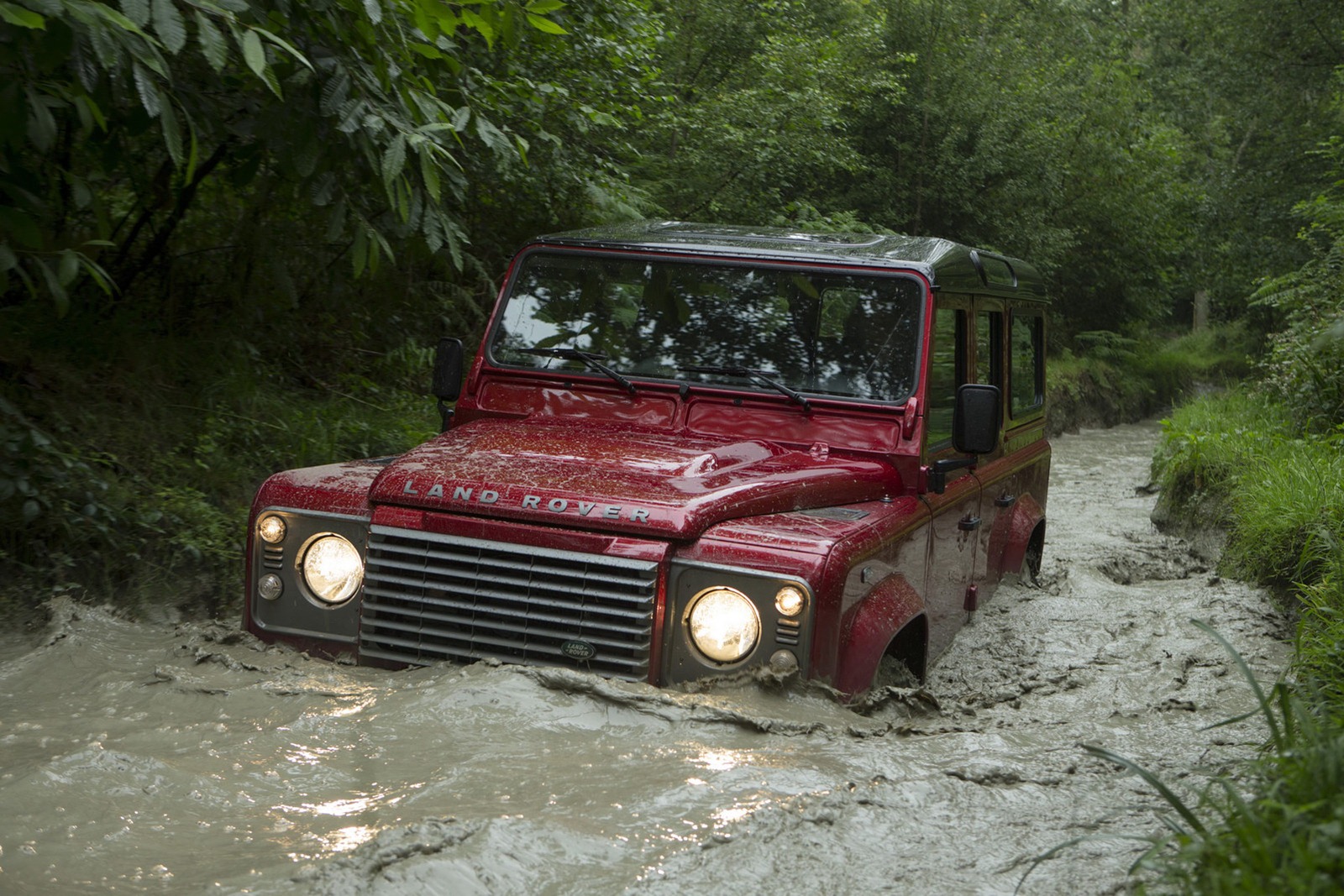 Ladies and gentlemen, be upstanding for something truly amazing. Land Rover have updated the Defender for 2013 and it is a stunning change of pace.

Everything is different, better, improved and, most importantly, new. After so many year, the British have finally given the Defender a proper update.

Actually, they didn’t. I’m completely lying and what they are offering for 2013 is pretty much the same thing they’ve been offering for the last 30 years.

In order to make it seem like they’re offering an update, Land Rover did introduce a few changes here and there for the Defender.

Most of them are related to the paint schemes you can come up with. The roof can now be painted in Santorini Black, Indus Silver, Orkney Grey or Firenze Red so that you can get a more contrasting feel to the rest of the car.

The interior does get something a bit more substantial added though. The seats are now covered in leather and feature a body hugging design.

You also get a proper stereo now. It’s a high fidelity setup from Alpine which has 150W on the subwoofer alone and which also features Bluetooth connectivity.

Underneath you get the same drivetrain, the same gearbox and the updated engine from this year carries over untouched.

It’s a 2.2 liter turbo diesel engine with 120 horsepower and some torque. Whichever way you look at the numbers this is a slow car so you need to deal with it.