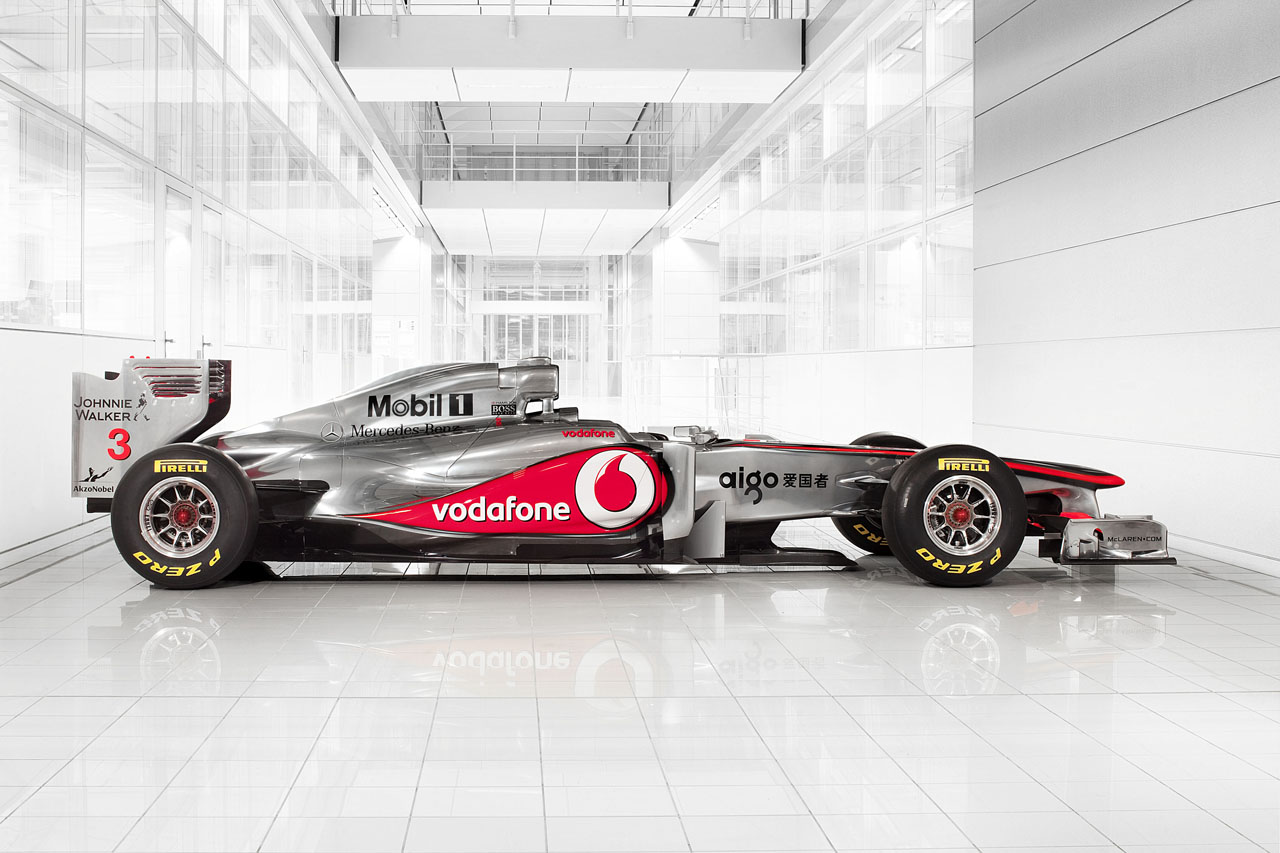 In continuing the saga of Formula 1 racing cars being unveiled, McLaren joins the group with the MP4-26.

McLaren has always been the team at the front of the pack, next to Ferrari, Lotus (a long time ago) and for most of the time they were partners with Mercedes who also released their car already.

Somewhat surprising a pick for the British racing legends is the location of their launch city which was Berlin.

Most other F1 teams had a few things to say about the controversial politics going on in the sport at the moment and especially the situation with the Pirelli only tires.

McLaren on the other hand chose to go for having the focus on their new Formula 1 car which clearly has a raft of aerodynamic and chassis design changes.

No word on the engine powering the beast racer but McLaren have clearly shown us quite a lot already.

The new MP4-26 racer has a longer wheel base than is usual and the same goes for the nosecone and everything attached to it.

The side air intakes are now U shaped and helps channel air towards the rear spoiler in order to really deliver some downforce.

I have to say, I’m not really a fan of McLaren but this new Formula 1 racer looks as if they’ve bothered and do have something to show.