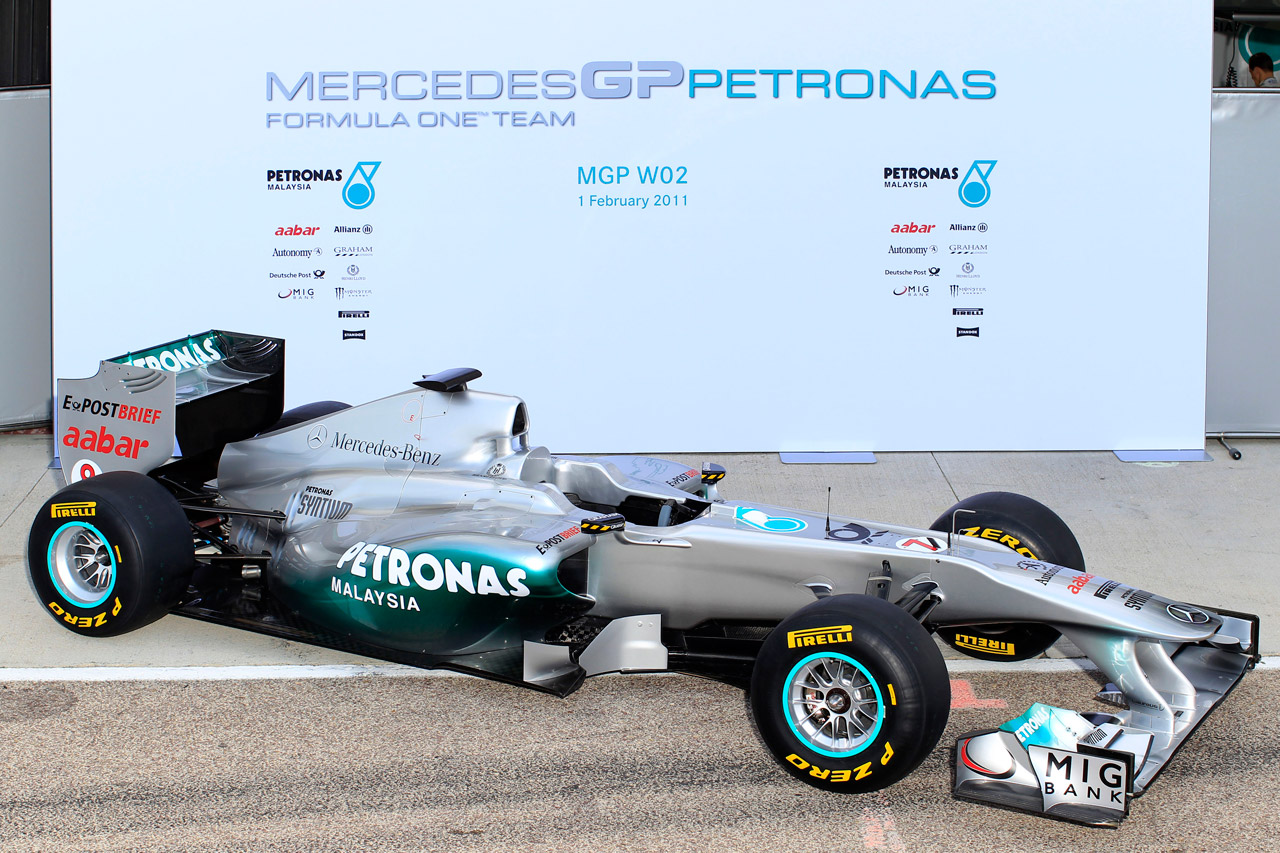 No matter who you are and where you live if you’re interested in motorsport, you will have at some point get to find fascination in Formula 1.

Therefore you can’t get away from the fact that every year, around this time, you see each of the F1 teams launching new cars or telling us about their strategies and drivers.

We’ve seen it happen before with Ferrari and Lotus but now it’s the turn of Mercedes to join in the fun.

Mercedes is a company with quite a lot of success in the world of Formula 1 and it’s even been legendary to the point where their cars were called Silver Arrows.

The 2010 Silver Arrow didn’t really fare well despite having a driver that won the F1 Championship seven times the Mercedes GP team only managed to come in 4th.

This year though, Michael Schumacher and Nico Rosberg have got quite the improvement underneath in the form of the 2011 MGP W02.

The new car has the KERS system which everybody went for this year as it’s now completely approved and a lot of finishing touches brought to the engine and aerodynamics of the F1 racer.

Apart from that, Mercedes GP were pretty much skimping on details but until we see some real testing it’s hard to make up your mind about it.