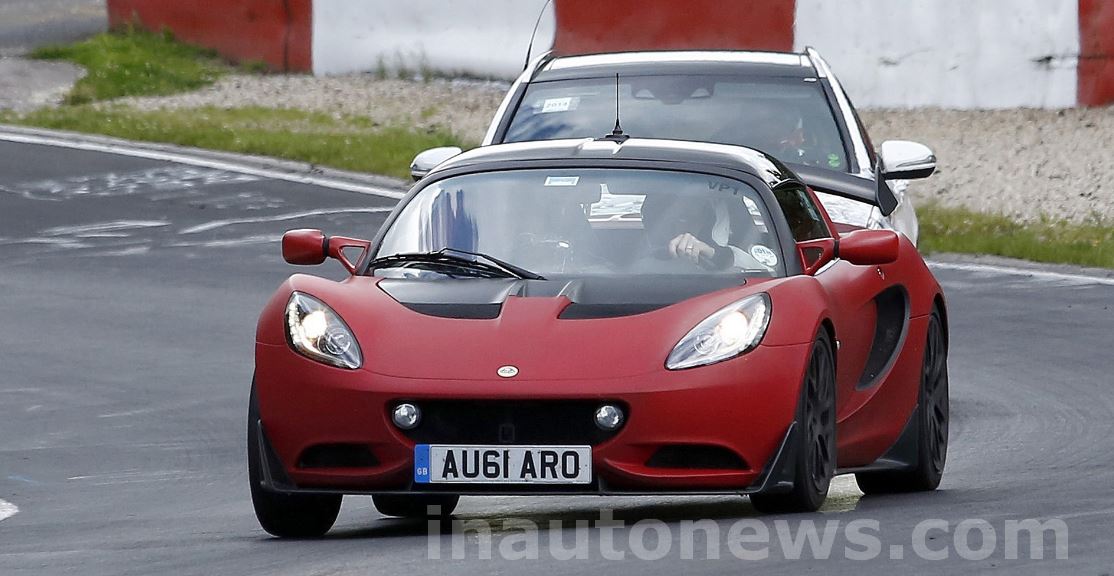 The road version of the Lotus Elise S Cup R has been recently caught on shots, while the sports car was being on some series tests on the “Green Hell”.

The upcoming Lotus Elise was first launched at the beginning of the year, with the company to work on a new version now, like the road version Elise S Cup R.

The test mule caught on shots reveals some serious differences between the track version and the road one, including the headlights and the taillights, as well as the different grille, which provides an extra cooling for the engine while being on track.

The Lotus Elise S Cup R, the road version, will be coming with the same aerodynamic body kit, which features changed side skirts, as well as modifications made at the rear wing, rear diffuser or the front splitter.

More than that, the Lotus Elise S Cup R, will also benefit a hardtop, the 17-inch forged alloy wheels or the polycarbonate rear window.

Inside, the Lotus Elise S Cup R will also tweak a lot of changes, but so far, the details list remains unknown, with the engine lineup also to remain a real mystery as well.

We should expect though a 1.8-liter four-cylinder supercharged unit, hooked to a 6-speed manual transmission.