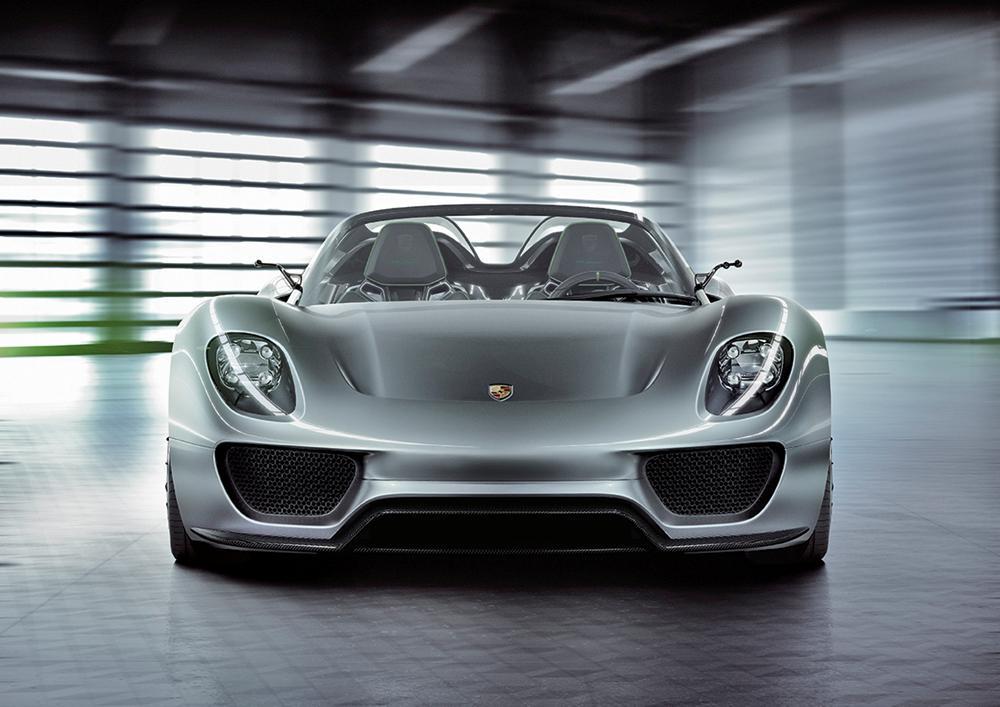 Porsche are so pleased with the result obtained by the GT3 R Hybrid (sixth place in its debut race) that they have started hinting out about making its hybrid technology available to the public. The way the innards of the Porsche GT3 R Hybrid are going to get in the hands of the public is through one of the best surprises of the Geneva Motor Show, the Porsche 918 concept.

Rumors of Porsche turning the 918 concept into the first ever hybrid supercar have been popping up even before the New York Auto Show but now they’ve been solidified by their statements and the successful first run of the hybrid racing GT3 R.

In case you missed Geneva or the coverage from there the 918 is a shark-like slightly bigger Boxster with some DNA from the Carrera GT. There is a more aggressive look and some side exhausts. The 918 gets power (and a lot of it, 500 hp) from a V8 and more power from two electric engines (another 218 hp)so all the gear head caveman necessities are ticked off and the word hybrid is added to the equation.

This small sport beast is completely focused on the “high performance hybrid” tag as it has everything anyone could need (well maybe except luggage space): PDK, lower fuel consumption, 25 mile range on batteries only, astonishing power to weight ratio, carbon fiber and most important it fights back with history as it’s said to follow the legendary Porsche 917 Le Mans racer.

Porsche’s feature clip for the 918 Spyder