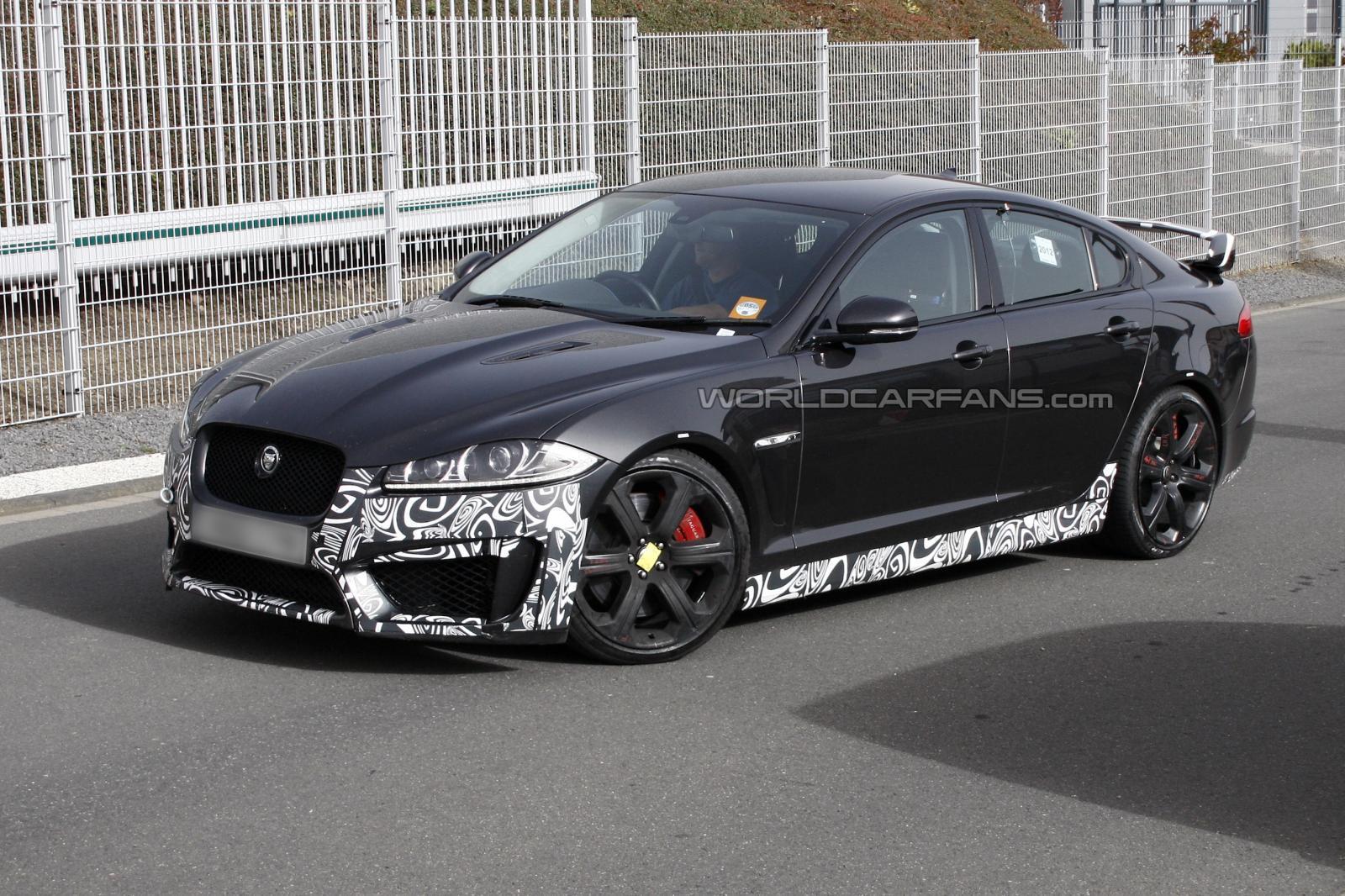 There’s no denying the Jaguar XKR-S is a fast machine but its fan base isn’t very large because of the price.

The British company may have learned their lesson but we wouldn’t really put it behind them since they’re currently working on a similar version of the XFR.

The four door sedan will most likely be dubbed the XFR-S and it will proudly wear its over-sized rear wing.

Alongside the wing, there’s quite a bit of extra aerodynamic work being done to the XFR-S in that relentless quest for speed.

Also in a quest for speed we find the engine upgrades. The XFR-S is powered by the same supercharged 5.0 liter V8 as the XFR.

It does get an extra 40 horsepower to bring the total up to 540 horsepower and 501 lb-ft of torque. This makes a bit of a difference on paper.

You might feel the extra 40 horses on the road or track but the bragging rights of an estimated 4.5 second sprint to 62 and a top speed of 180 mph are the true values.

A revised suspension package, a sharper differential and some quicker shifting transmission will complete the package.

Inside, some added tweaks should be easily apparent, mostly in order to showoff how sporty your Jaaaaag is.

The same can be said about the exterior. It’s expected to gain all sorts of vents and aggressive bumpers and side skirts all the way.

This model was spotted at the Nurburgring and, more importantly, it wasn’t getting any sort of camouflage.