RUF CTR 3 is now even less of a Porsche 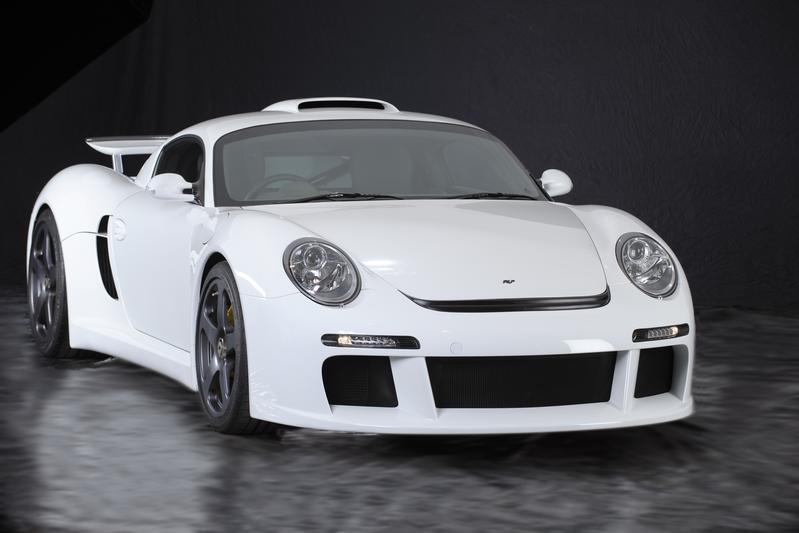 Specialist and mental tuning company RUF have just updated their CTR 3 for 2011 and given the amount of things they’ve changed it’s almost as if Porsche isn’t doing anything right.

Honestly, even though the RUF CTR 3 is said to have some connection the Porsche Cayman, these two cars don’t share much more than the front and rear light setups.

This isn’t because the Cayman isn’t a good car, it’s just because RUF think they can make a better one and, judging from the spec sheet at least, it seems like they can.

RUF’s CTR 3 is powered by a 3.8 liter twin-turbocharged six cylinder boxer engine which develops, well, are you sitting down?

The mid-engined 2011 RUF CTR 3 has a whopping 750 horsepower and 708 lb-ft of torque. Whereas maximum output is available as high as 7100 rpm, the torque figure explodes at just 4000 so you could almost call this tuner car usable without too much concern.

The engine therefore didn’t receive much of a change as only 50 extra horses have been extracted from it courtesy of redesigning the intercooler breathing systems.

Where RUF have really gotten busy is in the design of the six speed sequential transmission which has been considerably revamped and is now transversely mounted in the car.

Other parts of the RUF CTR 3 construction were pretty much unaltered, be it from an aerodynamics, chassis or interior point of view.

The only somewhat significant modification the RUF CTR 3 receives for the 2011 interior is a speedometer which now goes all the way up to 260 mph.

With all the additions it does manage to get from 0 to 62 in just 3.2 seconds. Quite a decent amount more impressive is the 0 to 125 mph time which stops clocks after just 9.6 seconds.

The true bells and whistles feature of the 2011 RUF CTR 3 is the top speed figure which is claimed to be at a more than respectable 236 mph.

At those sort of speeds you’ll be glad to know that part of keeping you on the road is the underpinning setup of the 2011 RUF CTR 3 which is a combination between a space-frame and modular tubular frame.

Just in case you’ll find yourself in a less than pleasant situation most buyers will be very appreciative of the RUF Integrated Roll Cage that’s added.

The only serious downside of the 2011 RUF CTR 3 is going to be the price which is expected (hasn’t been announced officially yet) to sit around the $400.000 dollar mark, much like previous version of the tuner car.