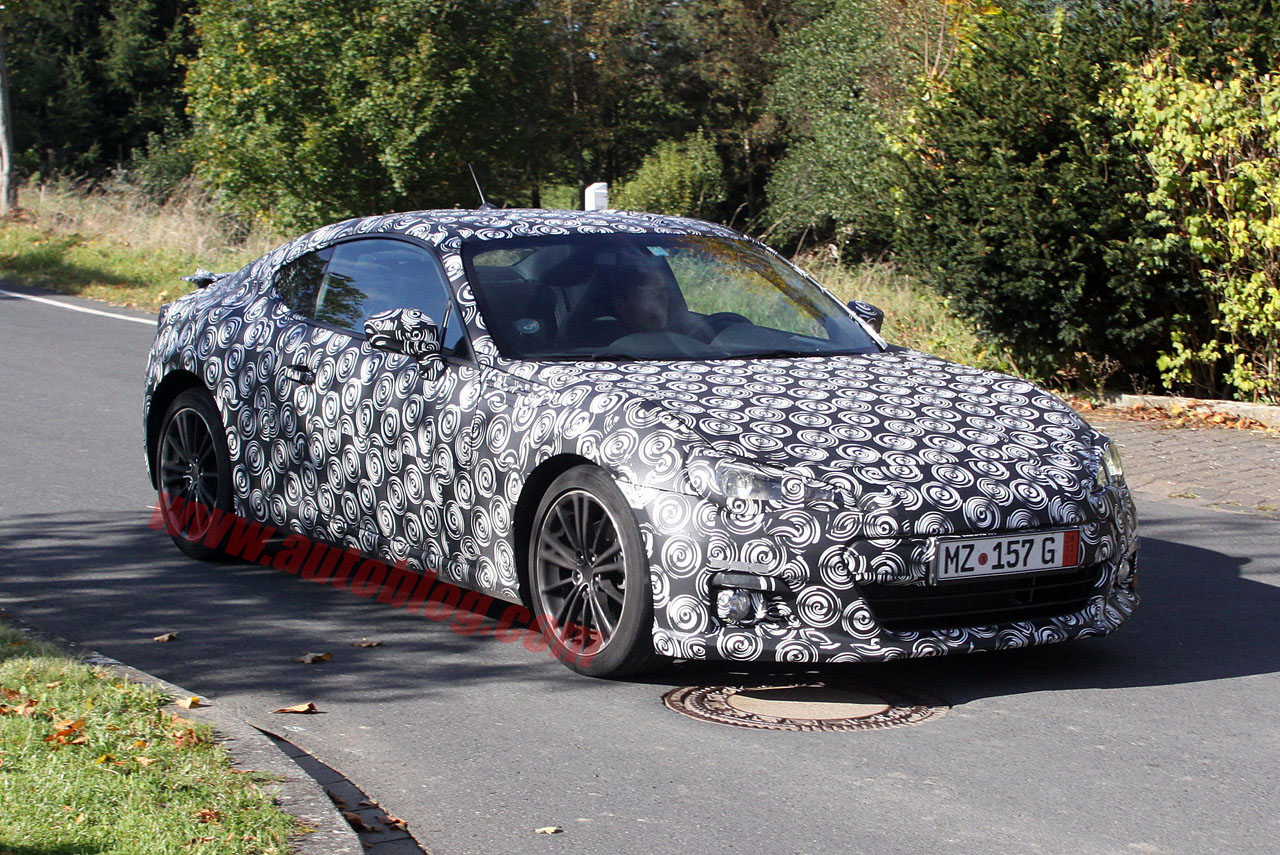 Going down the countless line of Toyota FT-86 previews, versions, spin-offs from Scion and such, one could easily get pretty bored with this car.

I’m pretty much down that road but here’s some more info on the development of this eagerly anticipated vehicle, only this time it’s wearing a Subaru badge.

The Subaru BRZ (as its called here) began testing out and about and while it’s in serious camouflage there’s one very important thing we’ve been able to find out from these spyshots.

Since it was spotted testing out on the roads near the Nurburgring Subaru is certainly interested in making their rear drive coupe fast.

That’s all very nice, after all what’s the point of making a small two door coupe with rear wheel drive, it’s not like it’s going to have seven seats or anything like that.

People who’ve been eagle eyed enough to spot through the heavy camouflage have told us that the Subaru BRZ will feature Daytime Running Lights with LEDs just above the fog lights.

Under the bonnet there’s going to be a 2.0 liter boxer engine that’s expected to push out around 200 horsepower all of which will be sent towards the rear wheels via a six speed manual gearbox.