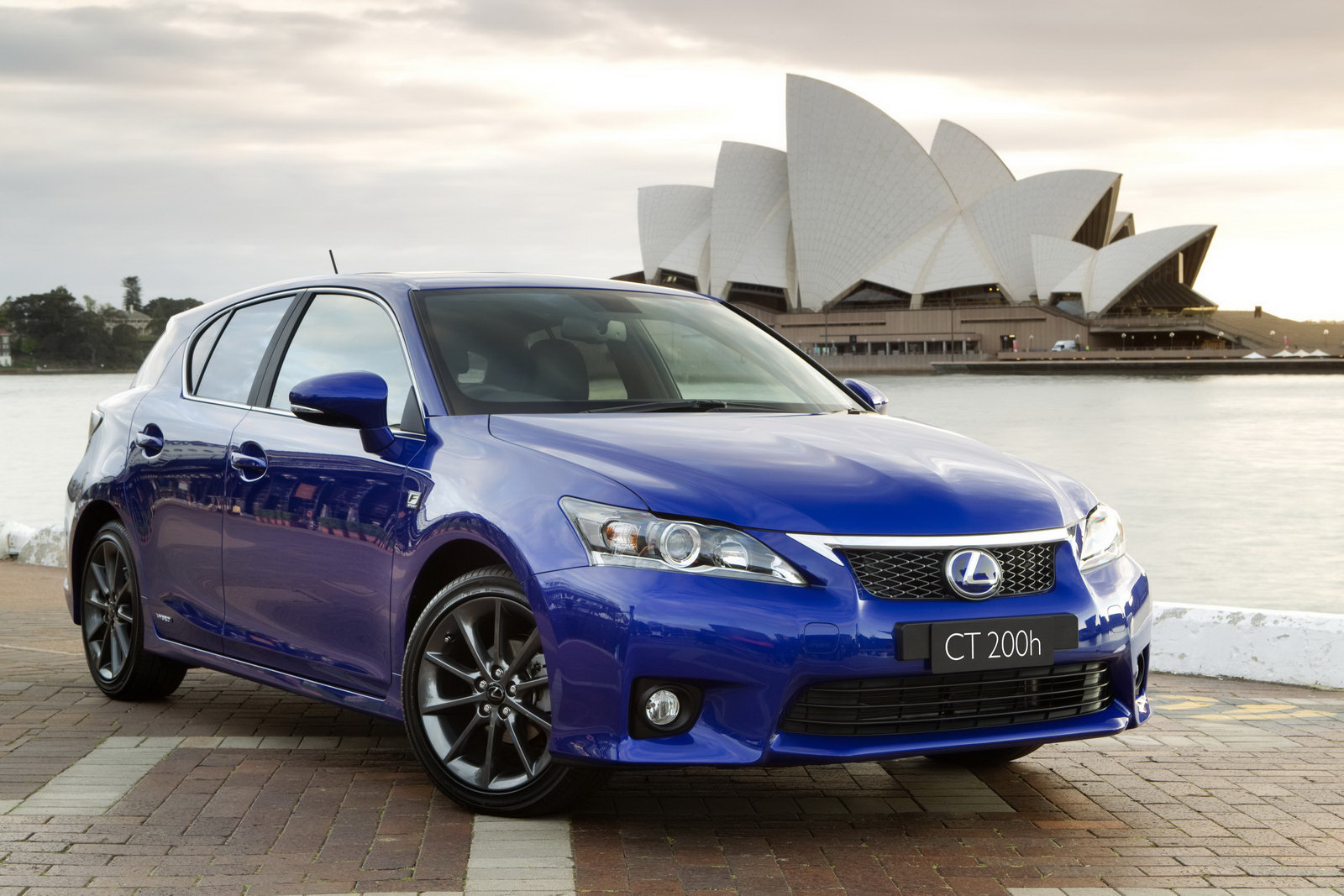 Another interesting new car release from the 2010 Australian International Motor Show comes from Lexus in the form of the CT 200h F-Sport version.

As before the F-Sport badge on a Lexus means that it a represents the bringing of a series of visual and performance updates to what’s generally a hybrid version.

So on to the mods, the 2011 Lexus CT 200h F-Sport features a new upper grille with a tasty looking honeycomb aspect, a new set of side skirts and a different rear bumper that incorporates a diffuser.

The F-Sport also features a new set of alloy wheels done in gunmetal finish and optionally of a unique Flame Blue color.

As far as the interior changes are concerned, the 2011 Lexus CT 200h F-Sport has new trim for the dashboard and doors, there’s also a new steering wheel, a new set of pedals and all the rest of the usual trinkets one would expect from a sporty model.

Oh by the way, the sporty stuff isn’t under the bonnet, everything is all for show with the F-Sport version of the 2011 Lexus CT so you’ll get the same 1.8-litre VVT-i petrol engine, an electric motor and an electronically-controlled continuously variable transmission (E-CVT).

Kind of takes the fun out of the whole thing but it’s still a good idea as people who like hybrids also like the idea of having a car that doesn’t look clean and innocent.