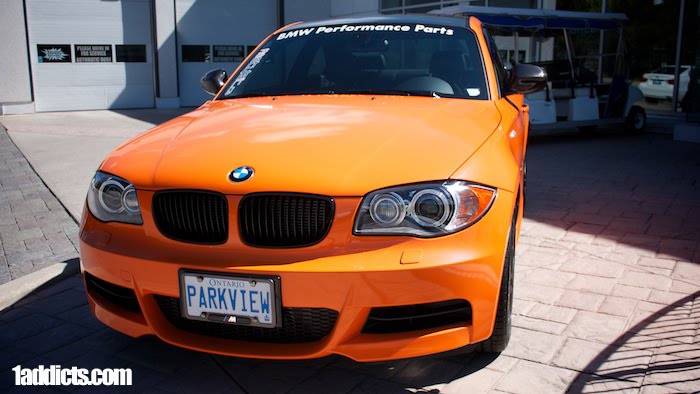 Not that long time ago the chaps over at BMW decided they should unleash a hardcore edition of the BMW M3 so they created the GTS version.

Sadly, the BMW M3 GTS was a limited edition and many didn’t get their hands on one as is often the way and generally the whole point of a limited run.

That’s where the people at Ontario-based dealer, Parkview BMW as they have just come up with a bit of a compromise for those who were unlucky. Sort of.

What they do is tune up the BMW 135i to mimic the looks of the BMW M3 GTS and possibly get close to the thing in performance.

Actually the tuning bits Parkview BMW is adding a complete aerodynamic kit, we’re talking carbon fiber diffuser, carbon fiber mirror caps, carbon fiber spoilers and even rooftop (though that could be fake) and a set of black alloy wheels with a set of wider tires.

If you want to move your BMW 135i to go closer to a BMW M3 GTS you should know that they also do the interior that features an Alcantara “sports” steering wheel, some more carbon fiber on the trim,a new M gear knob and a set of aluminum pedals.

One thing is interesting and not published yet is if the BMW 135i “GTS Version” is getting any performance upgrades to go along with the look or if this is just show and no go.