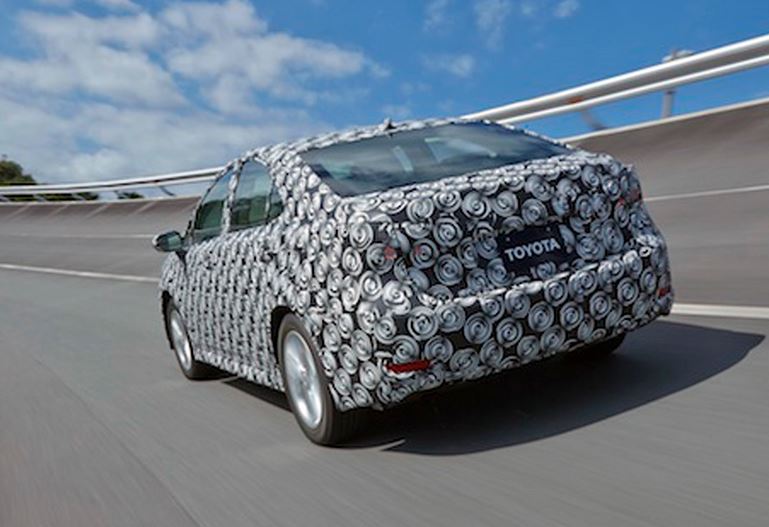 It is well known that Toyota is striving to become as green as possible as soon as possible, trying to set trends other car makers will follow.

It has happened with the Prius, and now they aim to do it again with their FCV-R hydrogen fuel cell vehicle.

With the production version of the FCV-R ready to be presented at the 2013 Tokyo Motor Show, the manufacturer decided to start sharing some details with the enthusiasts. The first of many more, several photos of the Toyota FCV-R were released unto the net, albeit fully draped in camo.


Right off the bat, we can tell that the production version of the hydrogen-powered FCV-R will differ heavily from the concept. While the bland aspect might set some people off the model, we have to consider that it was done with a purpose. Considering how expensive the fuel cell technology still is, Toyota had to find a way to keep costs down. To this end, they decided to use parts from other models.

With the Toyota FCV-R set to reach markets somewhere in 2015, the car maker expects to sell somewhere between 5.000 and 10.000 units each year, and only a few markets will be getting the FCV-R, mostly because of the lack of infrastructure.