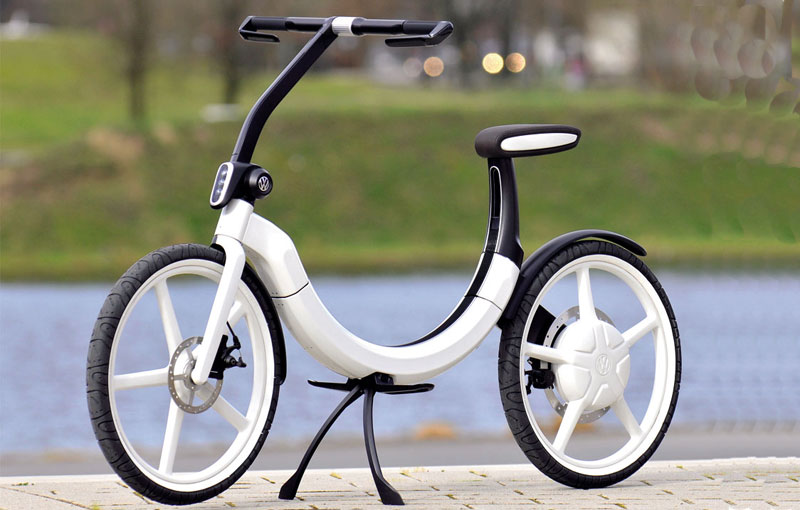 Volkswagen presented bik.e electric bicycle at Auto Show in Beijing. It is still in concept stage and won’t be a production model, at least in the near future. Germans from Volkswagen presented the bik.e concept at Beijing Auto Show. The bicycle have an electric propulsion, the pedals aren’t mobile just supporting the legs of the traveler. The new concept is part of the of the electric mobility program of the manufacturer in Wolfsburg, but won’t be a production model.

Volkswagen officials gave no details about their new creation, they just presented these images. As you can see, conventional pedals were replaced with two footrests, which integrates also a jack. Both front wheel, and rear wheel, benefits of disc brakes and their method of action seems to be different than the brakes are equipped with modern bicycles or motorcycles.

The entire framework is designed very “clean”, there isn’t visible any externally mechanical thing, excepting the joints of the framework. Volkswagen step in the footsteps of manufacturers such as Honda, which introduced the concept of a personal transport system at the New York Auto Show last year.