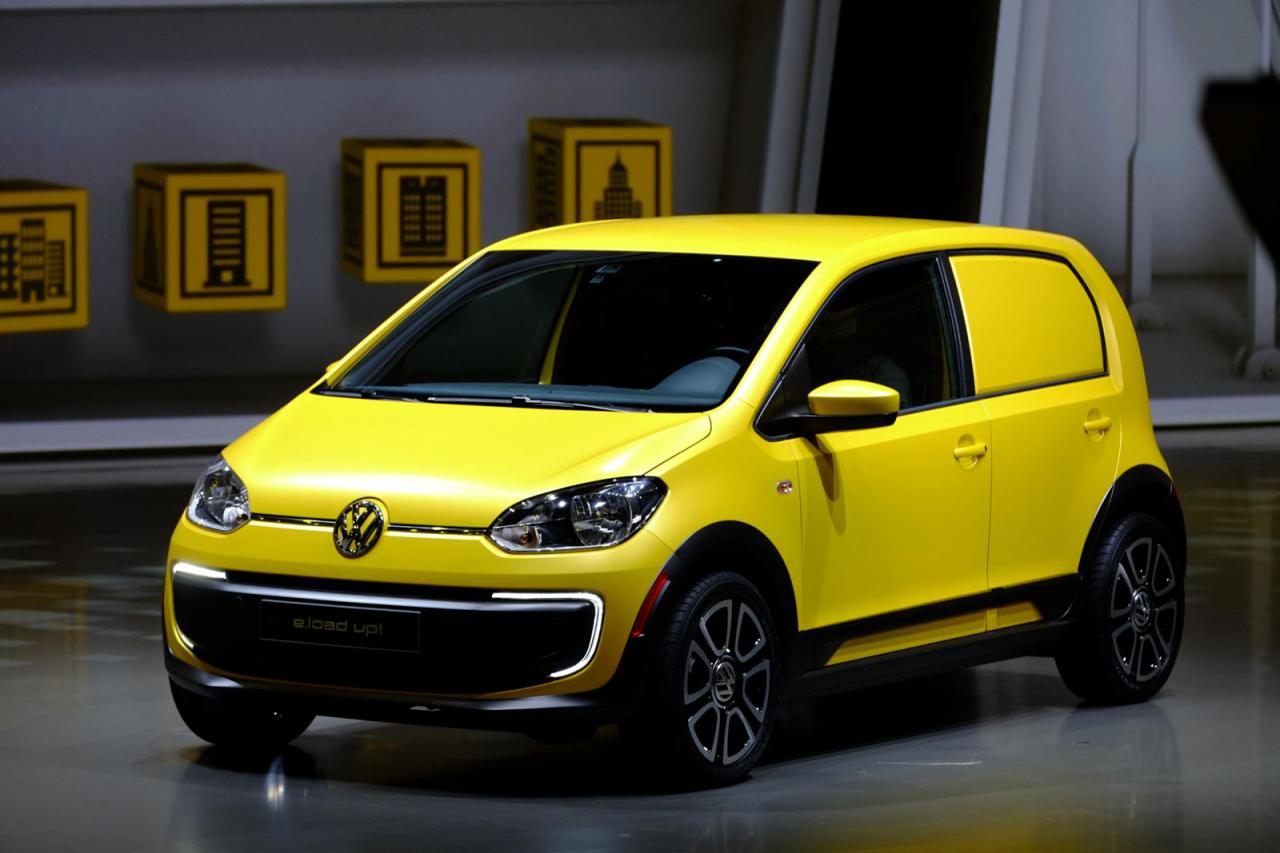 Volkswagen prepared a new concept model base don the e-up!, namely the e.load up!, a more spacious van. As its name suggets, the VW e.load up! provides an increased load capacity of 1,400 liters when the rear seats are folded.

Under the hood we will find an electric motor producing 82 horsepower and 210Nm of torque. The energy is stored in a 18,7 kWh lithium-ion battery while the driving range is estimated at 160 kilometers.

The 0-100 km/h sprint is possible in 12,4 seconds while the top speed is rated at 130 km/h. Other features of the German concept include plastic body cladding and blocekd out rear windows.

“The idea behind the load up! is that a very small van that carries correspondingly small loads is able to operate more efficiently than a larger vehicle,” says VW.